TechWorm
Home Hacking
Facebook
Twitter
Pinterest
WhatsApp
The hacking season has began in earnest.  After eBay and Avast Forum now Spotify has reported a hacking of its internal servers. Spotify is one of worlds largest music streaming service providers and is very popular among iOS, Android and Windows Phone smart phone users.  Spotify has advised all its  users to reset their passwords and said that Android users should update their Apps to the latest version put up on Google Play yesterday. 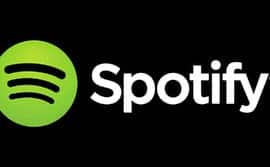 One of the worlds most popular music streaming service provider Spotify on Tuesday reported on a blog post that its internal servers had breached.  The news of a data breach which follows last week’s eBay fiasco and Avast Forum breach is likely further irk the tech guys and will be a subject of ridicule on various forums. Spotify said that while it has become aware of “unauthorised access to its systems,” only one user’s data has been accessed. Spotify also stated that the single users data accessed does not contain any password, financial or payment information.  Though investigations are ongoing, Spotify says that it does not believe users are at heightened risk following the breach.

“Our security team has become aware of some unauthorised access to our systems and internal company data and we wanted to let you know the steps we’re taking in response (and tell you how to get back onto Spotify if you’re having trouble logging in). We take these matters very seriously and as a general precaution will be asking certain Spotify users to re-enter their username and password to log in over the coming days.”
All Spotify users using it on desktop, iOS and Windows Phone apps will likely be prompted to re-enter their password as of now. The update put up by Spotify and its urging to Android users to update the App as soon as possible, however points to the fact that Spotify Android App may by at the highest risk of being vulnerable to hackers.
“As an extra safety step, we are going to guide Android app users to upgrade over the next few days. If Spotify prompts you for an upgrade, please follow the instructions. As always, Spotify does not recommend installing Android applications from anywhere other than Google Play, Amazon Appstore or https://m.spotify.com/. At this time there is no action recommended for iOS and Windows Phone users.”
Spotify has also stated that Android users might have to re-download their offline playlists once they have updated their App.
“We have taken steps to strengthen our security systems in general and help protect you and your data – and we will continue to do so. We will be taking further actions in the coming days to increase security for our users”