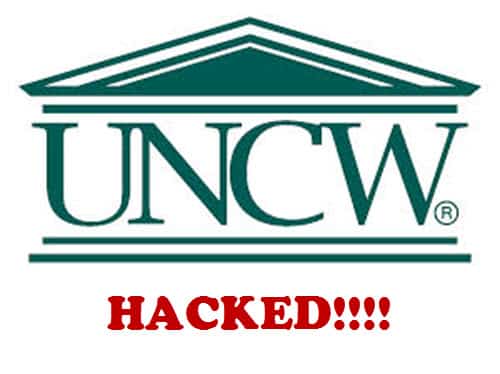 The university has informed that they are investigating on this hacking event and added that as of yet they dont have any evidence of occurrence of any breach or fraud but didnt deliberate what part of the server the hackers accessed.  They have also stated that all the affected parties have been intimated via a notification email or traditional mail.
UNCW announced that a information record system (file logs) had detected an unapproved entrance to a database that contains names,address and social security numbers of people employed in university during as on 31st March, 2014.
Details of students who took the denunciation chain exam during UNCW between 2002 and 2006 and part time employees may have also been breached by this hacking according to the university website.
Putting a brave face about the hacking, Janine Jamunno of UNCW said, “There is no reason to trust that undergraduates were affected.”  In its mail to the students and employees, the university has cautioned them to check and examine their bank statements and credit card statements and also monitor credit reports.  If the students or employees find something amiss, the university has requested them to contact the FBI.
UNCW spokesperson said that they had been informed by a source about the launch of a ‘phishing attack’ on the University’s servers.  She also said that it had not yet notices any news of the leaks of data or fraudulent usage by the hackers but they were keeping tabs on it.