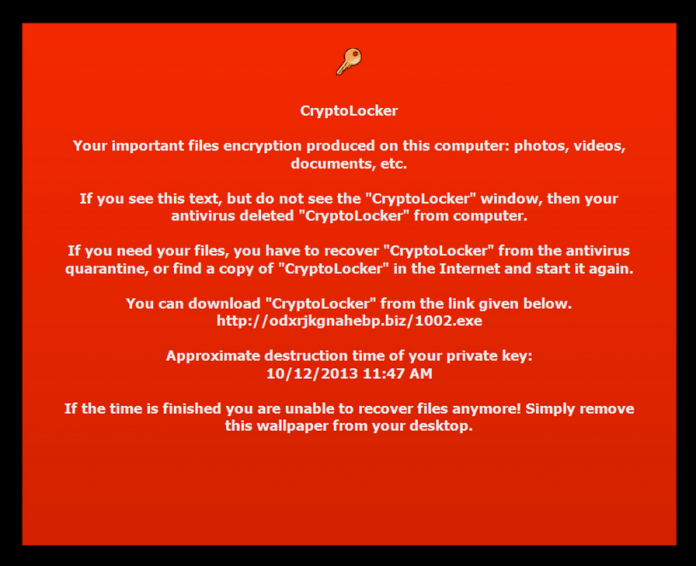 A file-encrypting ransomware program called CryptoWall has infected over 600,000 computer systems world over, in the past six months and encrypted 5 billion files , making it creator/s millionaire, researchers have found. 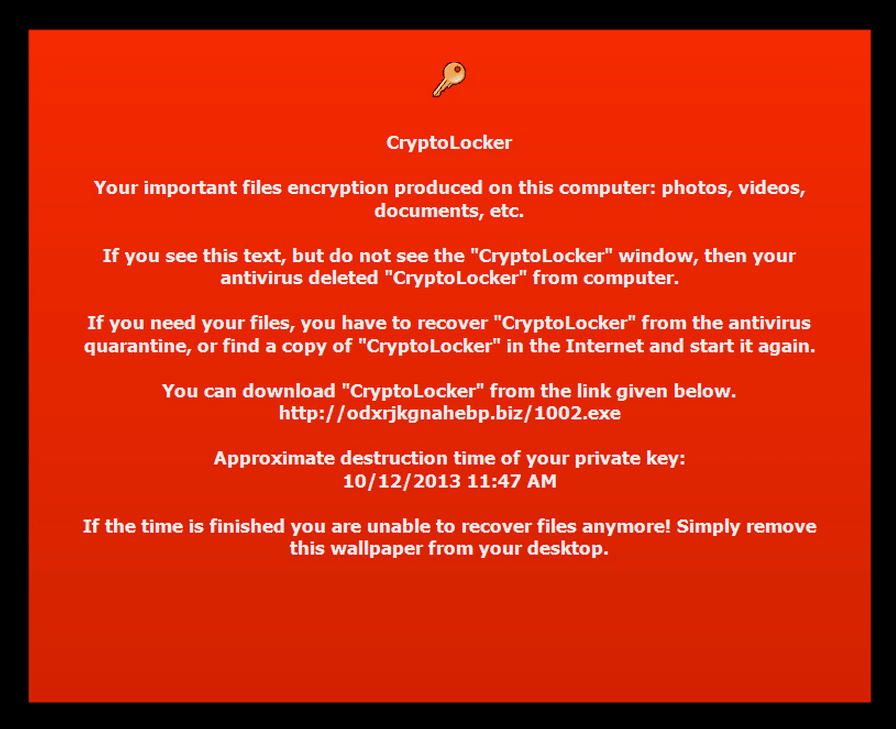 The Counter Threat Unit (CTU) at Dell SecureWorks performed an extensive analysis of CryptoWall that involved gathering data from its command-and-control (C&C) servers, tracking its variants and distribution methods and counting payments made by victims so far.  The research done by the CTU has confirmed the worst fears of the researchers.

CryptoWall is “the largest and most destructive ransomware threat on the Internet” at the moment and will likely continue to grow, the CTU researchers said Wednesday in a blog post that details their findings.
The thread was not so dangerous some time ago, because most of the cases regarding ransomware were about another dominating ransomware called CryptoLocker which infected more than half a million systems in 2013.
CryptoLocker asked victims for ransoms between $100 and $500 to recover their encrypted files and is estimated to have earned its creators around $3 million over 9 months of operation. The threat was shut down at the end of May following a multi-national law enforcement operation that had support from security vendors.  CryptoLocker could be shut down because of the fact that it had to communicate with its C & C server before acting on any of the commands.  The security companies managed to shut down the C & C servers making the CryptoLocker files redundant even if they had infected the PCs. 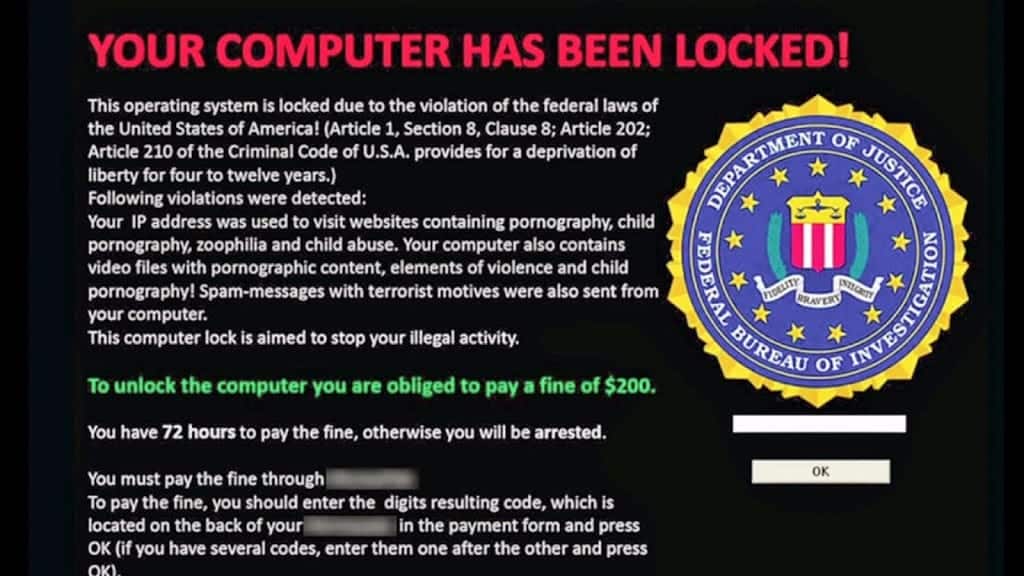 CryptoWall filled the void left by CryproLocker on the ransomware landscape through aggressive distribution using a variety of tactics that included spam emails with malicious links or attachments, drive-by-download attacks from sites infected with exploit kits and through installations by other malware programs already running on compromised computers.
When CryptoWall is first executed, it unpacks itself in memory and injects malicious code into new processes that it creates. It creates an “explorer.exe” process using the legitimate system binary in a suspended state and maps and executes malicious code into the process’s address space. This malicious instance of explorer.exe then executes the following process:
This process causes the Windows Volume Shadow Copy Service (VSS) to delete all shadow copies of the file system. CryptoWall also disables Windows’ System Restore feature by modifying the registry key:
Both techniques prevent infected systems from recovering encrypted files.
The CryptoWall command-and-control servers assign a unique identifier to every infection and generate RSA public-private key pairs for each one.
The public keys are sent to infected computers and are used by the malware to encrypt files with popular extensions—movies, images, documents, etc.—that are stored on local hard drives, as well as on mapped network shares, including those from cloud storage services like Dropbox and Google Drive.
Files encrypted with an RSA public key can only be decrypted with its corresponding private key, which remains in the possession of the attackers and is only released after the ransom has been paid.
The CTU researchers were able to count the unique computer identifiers from the CryptoWall servers and also obtained information about their IP  address, approximate time of infection, and payment status.
“Between mid-March and August 24, 2014, nearly 625,000 systems were infected with CryptoWall,” the CTU researchers said. “In that same timeframe, CryptoWall encrypted more than 5.25 billion files.”
The largest number of infected systems were located in the United States—253,521 or 40.6 percent of the total. The next most affected countries were Vietnam with 66,590 infections, the U.K. with 40,258, Canada with 32,579 and India with 22,582. 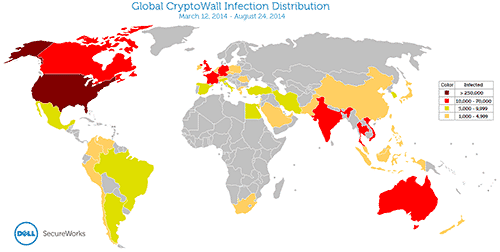 CryptoWall typically asks victims to pay the ransom in Bitcoin cryptocurrency, but earlier variants offered more payment options, including pre-paid cards like MoneyPak, Paysafecard, cashU, and Ukash.
The ransom amount grows if a victim doesn’t pay the ransom within the initial allotted time, which is usually between four and seven days. The CTU researchers observed payments that ranged between $200 and $10,000 in value, the majority of them (64 percent) being of $500.
“Of nearly 625,000 infections, 1,683 victims (0.27%) paid the ransom, for a total take of $1,101,900 over the course of six months,” the CTU researchers said. 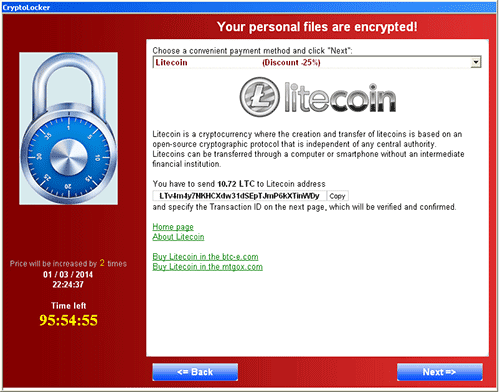 This suggests that while CryptoWall managed to infect 100,000 more computers than CryptoLocker, it was less effective at generating income for its creators. Researchers determined in the past that 1.3 percent of CryptoLocker victims paid the ransom for a total of over 3 million dollars.
The difference in success rate might be explained through the technical barriers involved in obtaining Bitcoins, the CTU researchers said. In the case of CryptoLocker, 1.1 percent of victims paid the ransom through MoneyPak and only 0.21 percent used Bitcoin.
The CTU analysis found similarities between CryptoWall samples and those of an older ransomware family called Tobfy. If the same attackers are behind both threats, it means that they have at least several years of experience in ransomware operations.