TechWorm
Home Security news
Facebook
Twitter
Pinterest
WhatsApp
Gamers can get back to their seats as members of Lizard Squad appear to be have been tracked down.
Despite challenges to the “Feds” it looks like the group known as Lizard Squad who have been carrying out DDoS attacks on game services have been tracked down. A Tweet was posted on the Lizard Squad Twitter page indicating that that the net had closed in,
The squad which came into news spotlight some day ago for DDosing Sony PS Network, seems to be in trouble.

whether you call it Team Rivalry it seems that other Teams, going with the online handle Activist Revolution has posted their personal details in a Pastebin Post and tweets were coming out regarding this.

An earlier Tweet from the same account shows a picture of an apparent chat session with members of the Lizard Squad which also exposed their identities.

There has been no further updates since the top Tweet so they could be trying to keep their heads down as there’s been no confirmation of arrests. 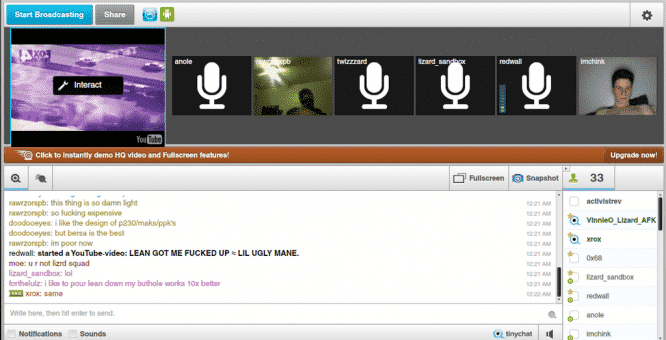 The DDoS attacks started back on 23 August and the situation got more serious when SOE’s John Smedley’s flight was diverted after a bomb threat by the Lizard Squad. Attacks continued for a few more days with both Twitch and League of Legends being hit. There was also a threat of an attack of some kind during PAX during an AMA session.
It’s taken a while to track the group down but gamers should with any luck stop experiencing DDoS attacks from this group.
Update: Some fresh postings on twitter and at the Lizard Squad site suggest that, whatever else may be going on behind the scenes, the lizards are calling it a day.
“We proved that even though we are little in this very big world, that a small group of friends who work together can cause a lot of havoc without legal repercussions. Today we will be disbanding, behind the green reptiles and other bullshit, we have lives believe it or not, things to do, people to meet.”