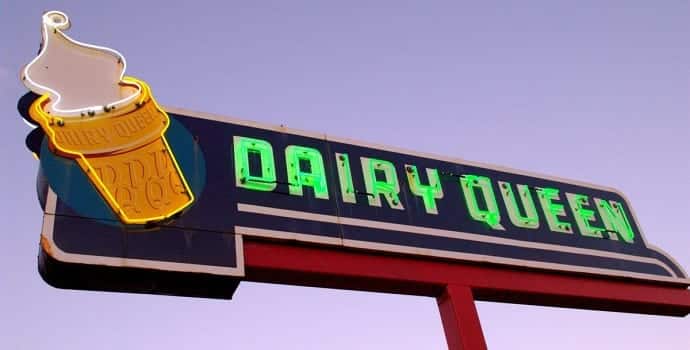 Dairy Queen admits that nearly 400 of its restaurants around the U.S was hacked

The United States fast food chain, Dairy Queen, confirmed on Thursday that payment card data of customers at 395 Dairy Queen locations out of the more than 4,500 U.S. locations has been compromised in a recent data breach.

Dairy Queen was investigating a Data breach after security researcher Brian Krebs reported that it may have been hit by a data breach.  In the last week of August Dairy Queen had confirmed the Data breach however it did reveal details about the number of customers or stores effected by the breach. After almost a month a half, Dairy Queen, after completion of its investigation into the breach confirmed the number at 395 outlets.

Widespread Backoff malware was one to be blamed, “a third-party vendor’s compromised account credentials were used to access systems at some locations,” the company said.

The Company said data including payment card numbers, customer names and expiration dates, for all the purchases made between August and October 2014 at its affected stores may have been compromised.

Dairy Queen is providing  “free identity repair services” of upto one years to its affected Customers.

List of effected Dairy Queen Stores can be seen from here