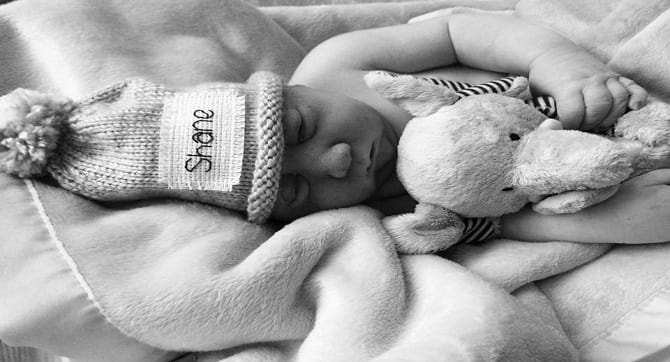 Shane Haley was born of Thursday and lived a brief life of less than four hours. He was suffering from a rare , terminal condition of anencephaly.  A Facebook page opened to chronicle his life was hijacked within days of the infant’s death and set to display NSFW images.

The couple, Gassew and Dan Haley from the US city of Philadelphia, had made a “bucket list” for their unborn child after he was diagnosed in utero with the birth defect that would give him only a few hours to live after being born.

They also created a Facebook page, Prayers for Shane, earlier this year to store the memories they created for the unborn child as they took him, while still in the womb, to places and events they would have taken him if he had lived: football games, the beach, museums, the country, on a ride on an old train.

#shanesbucketlist went viral. Nearly 1 million people are following the page, which included photos of the expectant Delaware County couple’s trips to Linvilla Orchard’s petting zoo, the Jersey Shore, and, most recently, the day Gassew gave birth to Shane. Maybe this is what tempted the hackers to hijack the page.

The page was hijacked using phishing method. According to NBC Philadelphia , the Haleys received a message on Saturday, around 1:30 p.m.

The email looked very, very similar to one we got before.

Thinking it was legitimate, Gassew typed in Dan’s name and password.

Unfortunately, it wasn’t from Facebook. It was from the inhuman hacker who then took control of the Facebook page to post his/her own collection of NSFW images.

Gassew immediately contacted Facebook to verify the user credentials and take the control of the page back.  NBC on its part used it weight to expedite the process. Facebook acceded the the genuine request from the parents and gave control back to Shane’s parents.  The thankful parents responded immediately on Facebook. 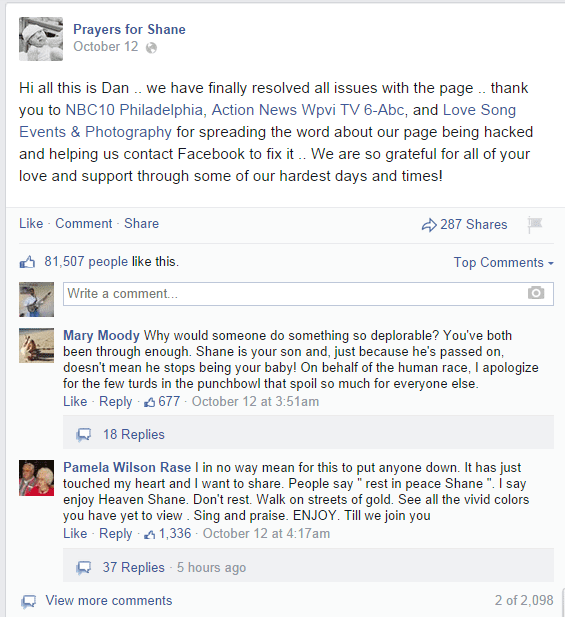 You too can visit Prayer for Shane Haley and show your support to the grieving parents.