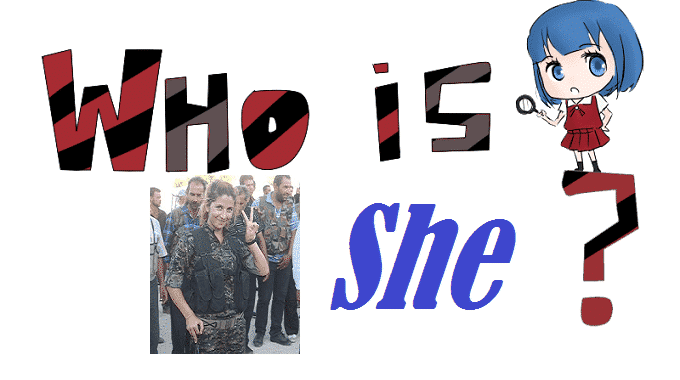 The 100 ISIS terrorists giant killer or defender of Kobane, who is ‘Rehana’

Rehana has been a overnight sensation on the social networks for her exploits such defending Kobane or killing 100 Islamic State terrorists alone.  But in reality who is she?  Some reports suggested she was beheaded but other reports suggest she is still alive and kicking quite a few IS asses.

Techworm takes a behind the scene non partisan look at Rehana.  WHO is the real Rehana? Whatever we have heard about her is from social networks which are not authenticated.  The miracle of Rehana was started by a Indian blogger Pawan Durani with this tweet on 13th Oct, 2014 which started a trend with 5K Retweets and instant like for this mysterious blonde assassin dressed in military fatigues.

Rehana has killed more than a hundred #ISIS terrorists in #Kobane . RT and make her famous for her bravery https://t.co/YvmfXMpuu1

But is Pawan’s claim really true?   It seems claims of her life, death — and body count — may have been greatly exaggerated. Though the reports of her being beheaded by jehadi terrorists which were circulating on Monday are now found to be false, that she is still fighting in the war of besieged city of Kobane is doubtful.  She was in August but as of now her whereabouts are not known.

What is known that she is a member of the fiercely combative Yekineyen Parastina Jin, or Women Protection Units (YPJ). This womens only unit has been fighting the war against ISIS terrorists alongside their male counterparts. The YPJ first came into center stage when one of the members of YPJ, Dilar Gencxemis,a 20 year old Kurdish teen blew herself up when walking to a IS checkpoint and killed as many as 23 IS jehadists.  Known by her nom de guerre Arin Mirkan, the mother of two was instantly immortalised and served as a icon to the sagging spirits of the Kobane defenders who took it upon themselves to defend Kobane. Rehana was one of the defenders of Kobane.

This tweet from the only journalist allowed in Kobane says it all.

Freelance journalist Carl Drott is the only one who can recognise her because he briefly met and interviewed “Rehana” while reporting on the situation in Kobane two months ago. The sad part is he “didn’t catch” her name, so Rehana actually may be a nom de guerre.

"Rehana" has probably neither been beheaded nor single-handedly killed 100 IS fighters #Kobani #Kobane pic.twitter.com/VdNh6JAV50

But Drott also debunked various feats being associated with her.  However for the Kurds, ‘Rehana’ became the ‘lioness’ – some say “tigress” – of the defenders of Kobane, slaying 100 jihadists with her sniper rifle. She was presented as the feminine face of a clash of cultures and the spirit of resistance.  For them she is a icon, a morale booster and still alive.

Syrian Kurdish journalist Rashad Abel Qader claims to have been in recent contact with the 25-year-old.  He rejects news of her beheading. He tweeted “Spoke to Rehana she’s sound & safe … She didn’t kill 100 ISIS but fighting fiercely

Whatever the truth is Rehana is very much alive and causing serious butt hurt to the IS jehadists and in turn uplifting the general morale of those opposing them.