The hack attack reportedly targeted the network run by Afghan Ministry of Communications and IT (MCIT) by placing the malicious JavaScript [http:]//cdn.afghanistan[.]af/scripts/gop-script.js in the CDN

The domain cdn.afghanistan[.]af is a legitimate CDN site used by the Afghan Ministry of Communications and IT (MCIT) to host web content that is displayed and used on many official gov.af websites

The researchers said an image used to serve the malware was modified only hours after it appeared to be taken at the meeting. 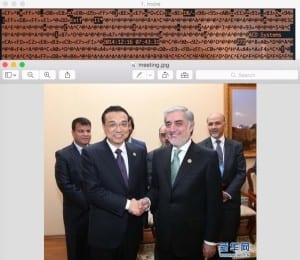