Comcast is known to have the worst customer service record to date. But now Comcast has put the nail in their coffin of treating their customers like shit by calling them names.

Lisa Brown, the wife of Ricardo Brown noticed that her husband’s name on their cable provider bill has been changed from Ricardo Brown to “Asshole” Brown. Yes, you read this right. Lisa’s first thought was that someone at Comcast was trying to pull a practical joke on her husband. So she asked for a copy of the billing statement and the correspondence between her and Comcast. But Asshole was clearly emboldened on the correspondence and surprise, surprise. It looked like someone had officially changed the name. 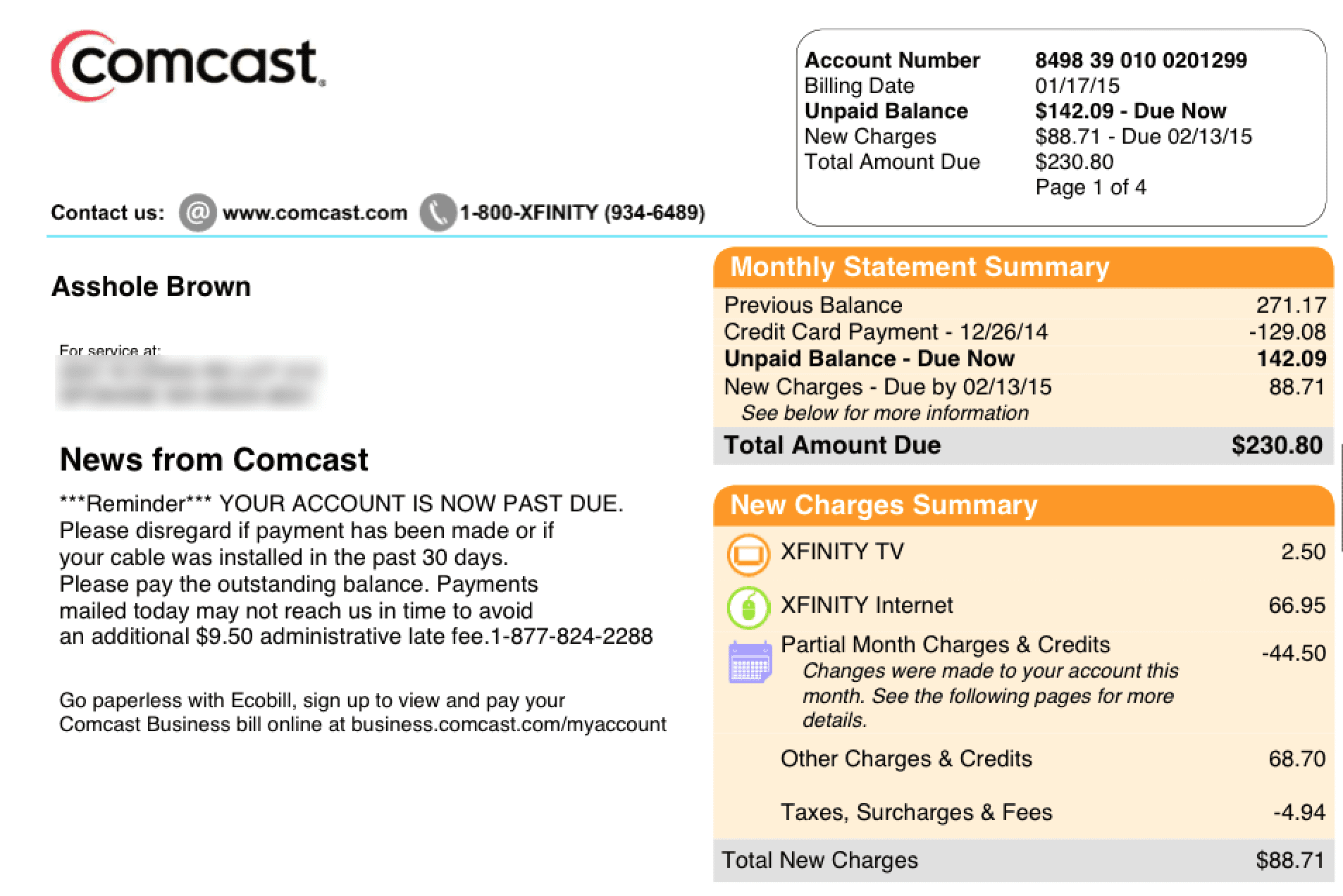 Lisa Brown originally attempted to fix the name herself. She even visited her local Comcast office and phoned higher-ups in the Washington region. But Comcast just made an ass out of her and she wasn’t getting anywhere with them initially.

Next she contacted Comcast to find out what its records said. she wanted to make sure Comcast was seeing the same thing and in fact they were.

A few minutes later, she received a call from Steve Kipp, Comcast’s vice president of communications for the Washington region.

“We have spoken with our customer and apologized for this completely unacceptable and inappropriate name change, We have zero tolerance for this type of disrespectful behavior and are conducting a thorough investigation to determine what happened. We are working with our customer to make this right and will take appropriate steps to prevent this from happening again.”

How and why did this happen? There is speculation that it was a result of the Browns attempting to reduce their cable bill by dropping the additional ancillary cable service and only retain their core Internet service. Instead of complying immediately, a representative escalated her call to a retention specialist, who tried to persuade her to keep the cable service and sign a new two-year contract. This tactic has been done before.

“I was never rude, It could have been that person was upset because I didn’t take the offer.”

And yesterday afternoon, Comcast made steps toward waiving the $60 cancellation fee and was investigating the name change to terminate the employee who was responsible they are also offering the full two years refunded.