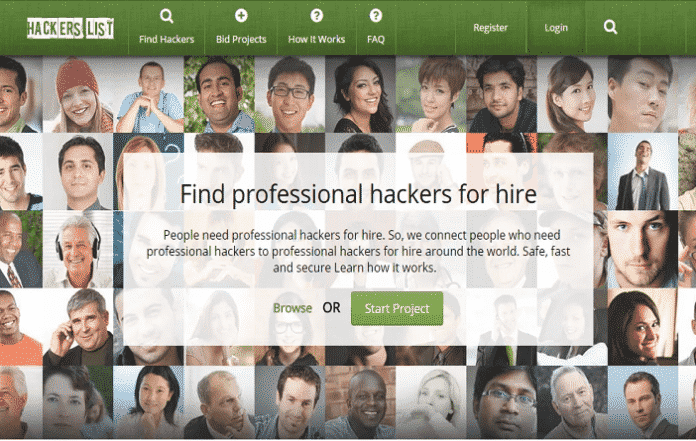 Well, we had a DDoS rent a tool called Lizard Stresser from Lizard Squad to hire for DDoSing websites, now we have a hack rental running online.

According to reports, in its less than three months of operation, customers requiring hacking skills for rent, have placed more than 500 hacking jobs out to bid on Hacker’s List. The website’s owner, who operates anonymously, collects a fee on each hack project, and offers to hold a customer’s payment in escrow until the project is completed by the rented hacker.

There seems to be no shortage of people requiring hacking talents and seems like the Anonymous owner of the website has hit upon paydirt.  A woman living in California offers $500 for someone to hack into her boyfriend’s Gmail and Facebook accounts to see if he’s cheating on her. A man from Sweden said he’ll pay up to $2,000 to a hacker who can hack into his landlord’s website, the New York Times reports. And during the last few days alone, offers to hire hackers have ranged from $100 to $5,000.

While some of the jobs out for bid on Hacker’s List, like breaking into a person’s email account, are not legal, the New York Times reports Hacker’s List founders claim they’re insulated from any legal liability because they don’t condone or endorse any illegal activities. Furthermore, “Hacker’s List includes a 10-page terms and conditions section to which all users must agree,” the New York Times says, which specifically forbids using “the service for any illegal (sic) purposes.”

If you add up the cut, Mr.Anonymous owner will receive, you can see the potential in the website. However questions remain about the legality of operating such a website.  You just can let anybody run a hack rent or DDoS rent portal in the wild without violating someone’s privacy and security.

In the days like these, when there is a new hack making headlines every day, Mr.Anonymous, the owner of Hackers List may have a hard time ahead.