Hackers have managed to create a spy plug inspired by the NSA’s surveillance kit – and it costs just $20 to make it and wait, NSA buys it for $20,000.  Recently leaked documents from Snowden leaks indicate that NSA has been employing surveillance tools that costs $20,000 (£13,200) for snooping and use  it to target secure and offline networks.

A team of hackers lead by Michael Ossman, a wireless security researcher and founder of Great Scott Gadgets, have created their own version of the surveillance kit. It involves a circuit board, transceiver and a cover – total of $20 (£13). They put a radio-frequency implant inside a USB stick called TURNIPSCHOOL.  The team demonstrated it at SchmooCon, Washington at over the weekend.

NSA uses a covert surveillance device in a USB stick called Cottonmouth-I . It lets users launch a man in a middle-style (MiTm) attack by plugging into a keyboard or mouse port and installing malware on computers. 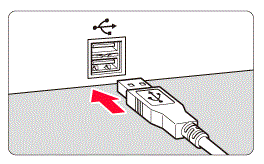 The device is so designed that it can control the malware, even on supposed the so-called ‘airgapped’ computers. An air-gap or air wall is basically a network security measure.
The gaps are so designed that they can secure computer networks that are physically isolated from unsecured networks, such as the internet or a LAN.

Amazingly TURNIPSCHOOL was made to see if that if someone could create something similar to Cottonmouth-1, in terms of size and functions. It is part of a wider plan called a NSA Playset which is a set of projects seeking to duplicate in open source the capabilities in the NSA’s toolbox. The plan was presented during a gathering by the team including researchers Michael Ossman, with collaborators Dominic Spill and Jared Boone. 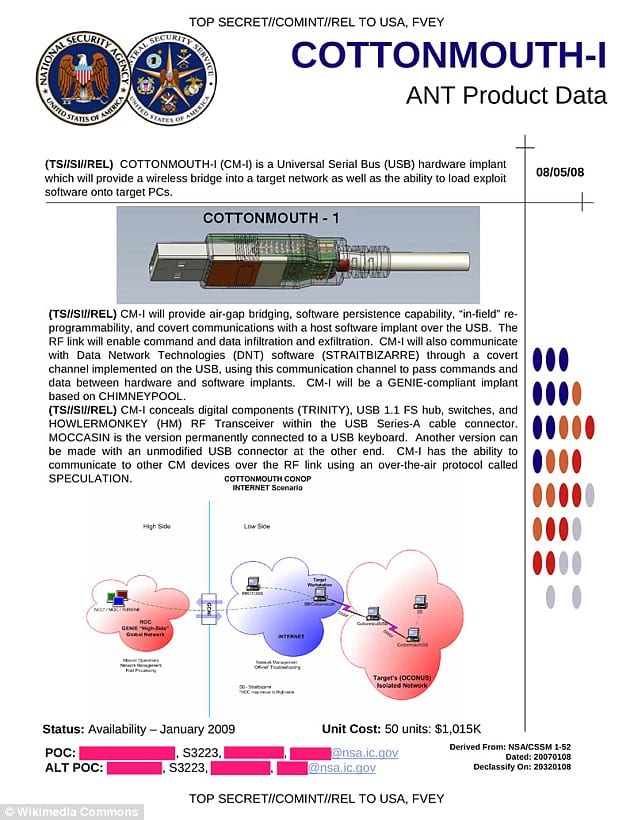 The apparatus is made up of a processor with a built-in radio on a circuit house that fits inside a created USB plug. Researchers from Israel recently designed mechanism program that logs keystrokes.

This program transmits strokes around FM radio signals generated by the PC’s graphics card. The information is picked by a circuit designed mobile version to collect the radio signals.

Since FM radio signals travel over prolonged distances, a receiver could be placed in another building. The circuit board is a custom made version and costs $1.50 (99p) to make. The microcontroller is manufactured by Texas Instruments, with a radio-frequency transceiver that costs around $4 (£2.65). Other collections embody a 3D-printed injection cover and cosmetic cover.

At a moment, TURNIPSCHOOL has a capability to bond with and ‘sniff’ a network, and a subsequent step is to make it attack the computer when it connected to.

USB implants were among a most talked about gadgets in a NSA catalogue after it leaked final year,’ pronounced a researchers.