The hackers tweeted, the Syrian Electronic Army was here” #SEA #SYRIA, In French. 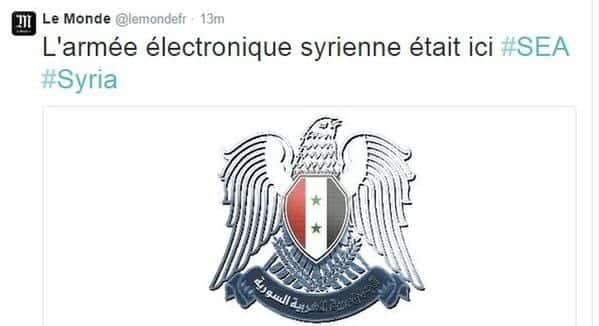 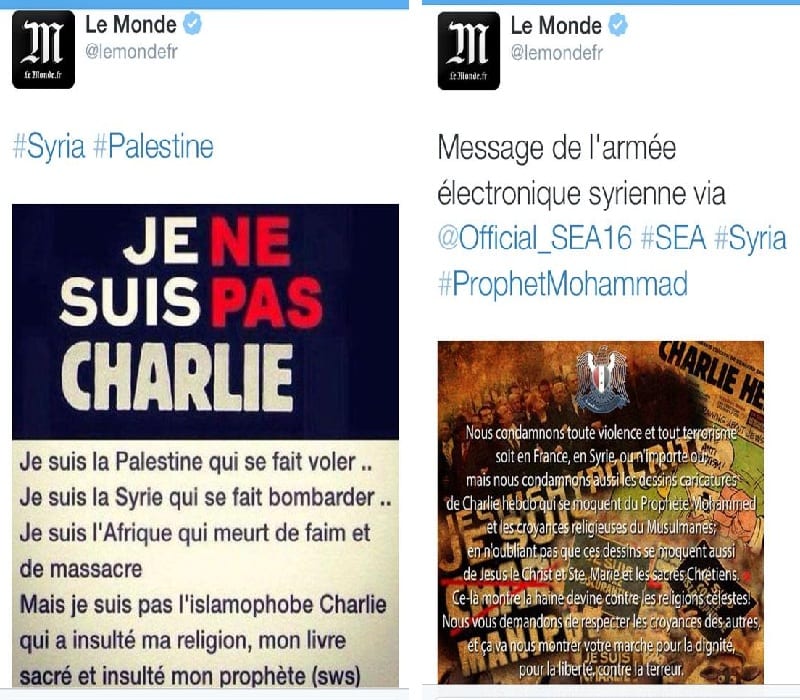 The Twitter Account was temporarily suspended after the hack attack. however it is back online now and the tweets posted by the Syrian Electronic Army were deleted.

After gaining back the control, Le Monde tweeted that- After hacking into our account, our teams have now taken the hand. We apologize for any fraudulent posts on our behalf. (Google Translation)

Syrian Electronic Army later tweeted from their official Twitter account that, We have successfully hacked Le Monde and we will never fail to deliver our message of peace and anti-terrorism. blaming the newspaper and french government for supporting the terrorism in Syria.