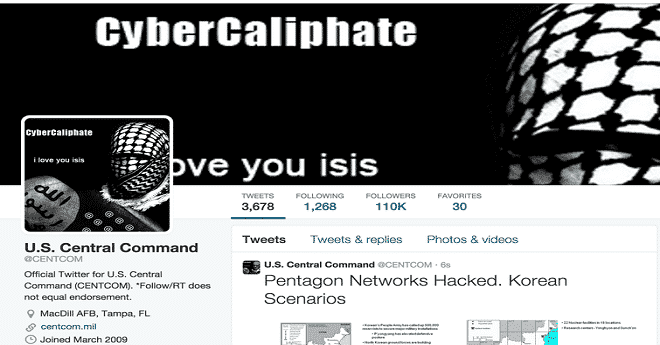 The Hacker with the online handle of CyberCaliphate fired series of tweets after hacking into the U.S. Centcom twitter Account.

Stating, “American soldiers, we are coming, watch your back.” linked to a paste on pastebin containing alleged Confidential data from Centcom’s Computer network.

“We won’t stop! We Know everything about you, your wives and children”

“We can confirm that the US Central Command Twitter and YouTube accounts were compromised earlier today,” the Pentagon said in a statement.

This is a developing story and we will keep you updated.