China’s Alibaba, small quadcopter drone has started its three-day drone delivery trial  to carry items to customers to areas within a one-hour flight of its distribution centres in Beijing, Shanghai and Guangzhou.

The company’s drone trial is among the latest challenges in respect to western tech and retail giants like Google, Amazon who are already testing the parcel services through drone.

The initial scope of Alibaba’s experiment is small. The company has tested to deliver parcels with the help of 450 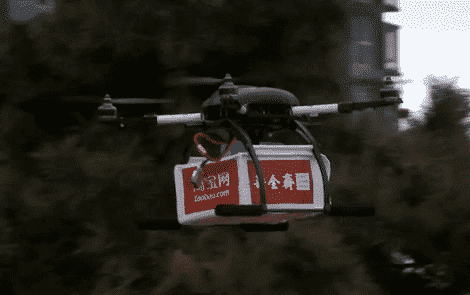 shoppers in Beijing, Shanghai and Guangzhou which are available online on Taobao bazaar. The drones will be used to deliver ginger tea packages under the Shou Quanzhai brand during the three-day trial carried out with Shanghai-based YTO Express.

Xue Ren, an YTO spokesperson commented that “The drones have maximum capacity to carry weight of 1 kilogram and fly a maximum distance of 10 kilometres”. He also said that the express-delivery firm is just testing the market and has no immediate plan to expand the service.

While Jack Ma  Alibaba’s CEO says that that Alibaba believes the technology has the potential to grow and overcome logistics barriers in a country as huge and diverse as China. He further stated in the blog post that the company is focused to reach two billion customers by 2025, and it has already adopted some of the methods used by Western tech giants in order to reach that goal. 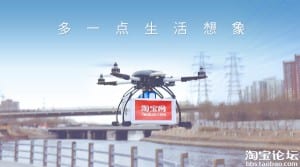 A video published in Taobao’s blog shows the company’s drone delivery system and how the parcels are delivered. The video shows the current operation of drones, but it’s difficult to say whether Alibaba will expand the drone delivery after the trials are over.  Alibaba or YTO have also not divulged the kind of safety considerations they have taken for flying the drone around urban areas without hampering civil aviation.

“Even though it’s very limited in scope, Taobao is delivering real goods to real people, which is a step further than its Western counterpart Amazon has gone,” Asia’s Paul Bischoff told the BBC.

Alibaba is not the first Chinese company to try drone delivery. SF Express, which is a partner in Alibaba’s logistic network, tinkered with unmanned drones in 2013, however that experiment never really took off.  The company said that it would be in touch with regulators before launching its drone-delivery services nationwide.