The upcoming voice calling feature of WhatsApp started appearing to some of its users.

WhatsApp has been in news many times due to its upcoming feature of voice calling facilities in its instant messaging App for smartphones. The good news is that WhatsApp has started rolling out this feature but the same seems to available for only some users.

Recently a Reddit user has posted some snapshots of WhatsApp voice calling feature which has appeared on his profile. He said that he was able to use the feature when he had downloaded the latest version of the app and when his friend called him; he was able to use it. 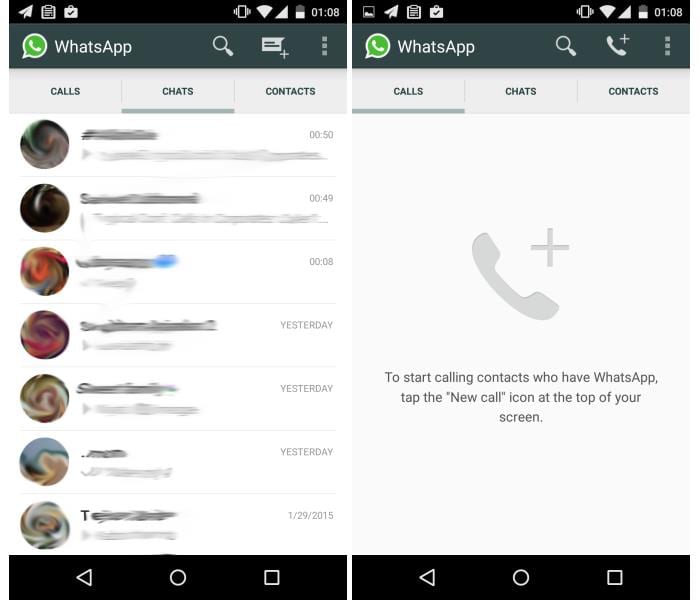 The user also told that he went on calling most of his friend with this feature but unfortunately only a few of his friends has received this feature and were able to use it. It was like more of hit and miss situation.

The snapshots also shows a slightly different UI, with specific tabs for calls, texts and the contacts. You can download the WhatsApp APK for your smartphones from here.

You may Also Like, WhatsApp Calling; Two ways to enable WhatsApp Voice Calling on your smartphone without Invite