Netflix and Windows 10 dont seem to like each other, a workaround to get Netflix on Windows 10 Preview Version

It seems that if you want to start NetFlix on your Windows 10 you cant do it straightaway.  This was brought to the notice by a Redditor Occam’s Razor on a Reddit thread.

The problem seems to arise out of User Agent assigned on Windows 10.  In computing, a user agent is software (a software agent) that is acting on behalf of a user. For example, an email reader is a mail user agent, and in the Session Initiation Protocol (SIP), the term user agent refers to both end points of a communications session.  In many cases, a user agent acts as a client in a network protocol used in communications within a client–server distributed computing system. In particular, the Hypertext Transfer Protocol (HTTP) identifies the client software originating the request, using a “User-Agent” header, even when the client is not operated by a user. The SIP protocol (based on HTTP) followed this usage.

It seems that Netflix and Windows 10 are on a different page all together about the User Agent and that is the reason Netflix will give errors on Windows 10. However Occam’s Razor has found out a workaround for the problem.  He has provided the workaround to Techworm in a image tutorial which is reproduced below :

I’ve been running Windows 10 Technical preview since the day of public release. After a quick familiarization in a VM, I upgraded my existing Windows 7 Enterprise install on my laptop. Pretty cool so far. So Wednesday night, I log into Netflix and watch a bit of Archer without issue. In fact, I’ve been watching Netflix on this laptop since the upgrade without incident; until last night. After logging in and clicking to continue where I’d left off on Archer, I’m presented with the following message: 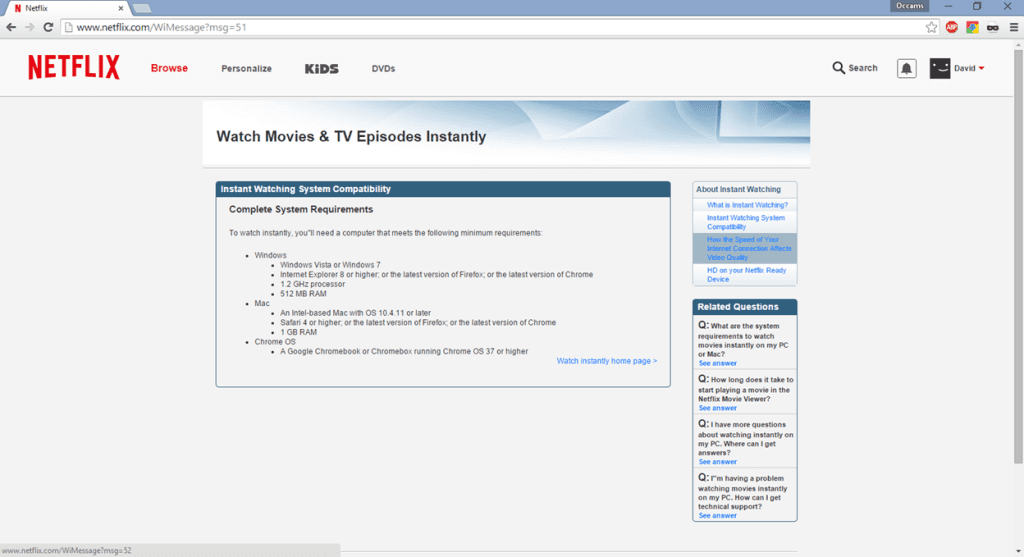 Considering this is complaining about compatibility, my first thought albeit a bit off-the-cuff was my OS kernel version which is definitely sent in the User-Agent string (called the platform token). Guessing that the Netflix devs and specifically cased which platforms are supported, I decided to test this.

First, I wanted to confirm my User-Agent string, just to check my assumption. I fire up Fiddler for just such a purpose 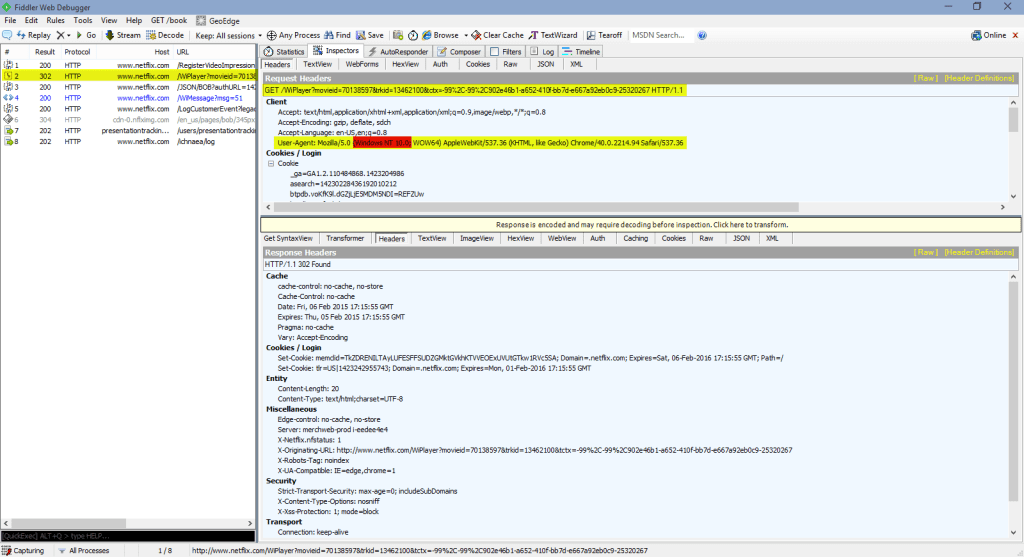 I’ve highlighted the relevant information; namely the URL, the HTTP Method (GET) and the User-Agent string. We can clearly see that my Platform token is reporting “Windows NT 10.0”. But first I should test if this is really the case: 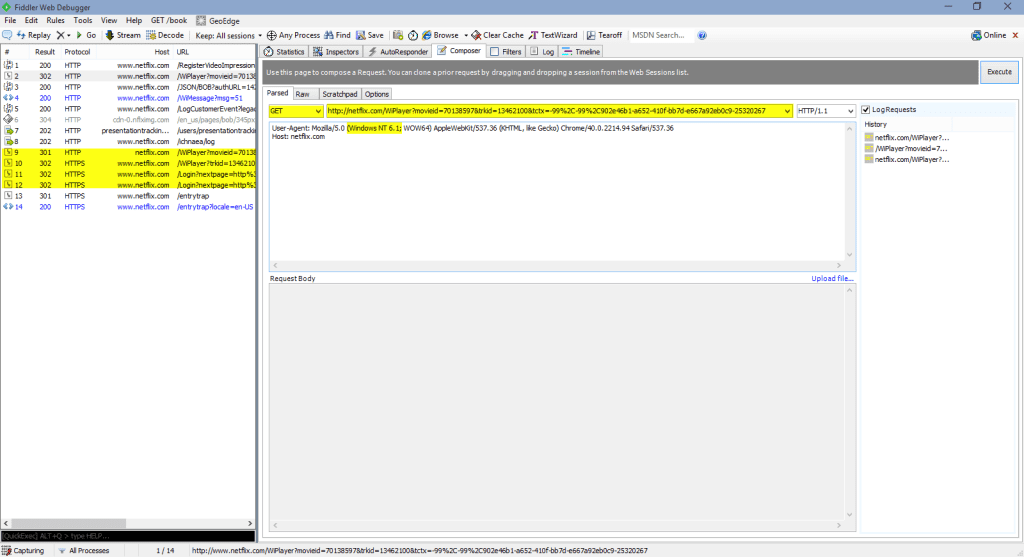 Using Fiddlers composer, I can “replay” the GET request (only adding the domain name for obvious reasons) and altering the Platform token to reflect Windows 7 (Windows NT 6.1) and we can notice at least a bit of altered activity; being 302’d (Redirect) to the login page instead of an error page is a promising sign. Now to put it into practice. 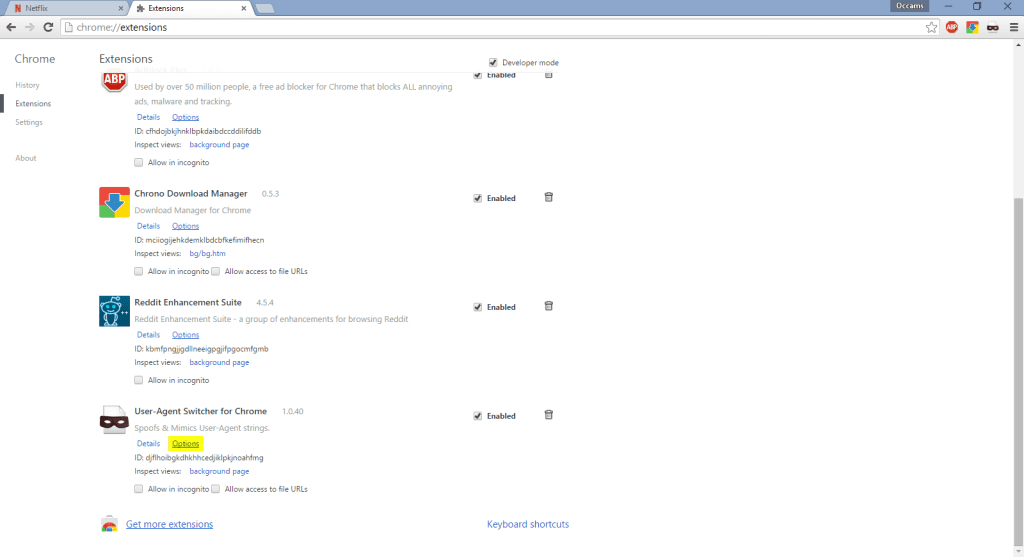 A quick search online will give you a list of valid User-Agent strings. Though all you really have to do is change the 10.0 in the platform token to 6.1 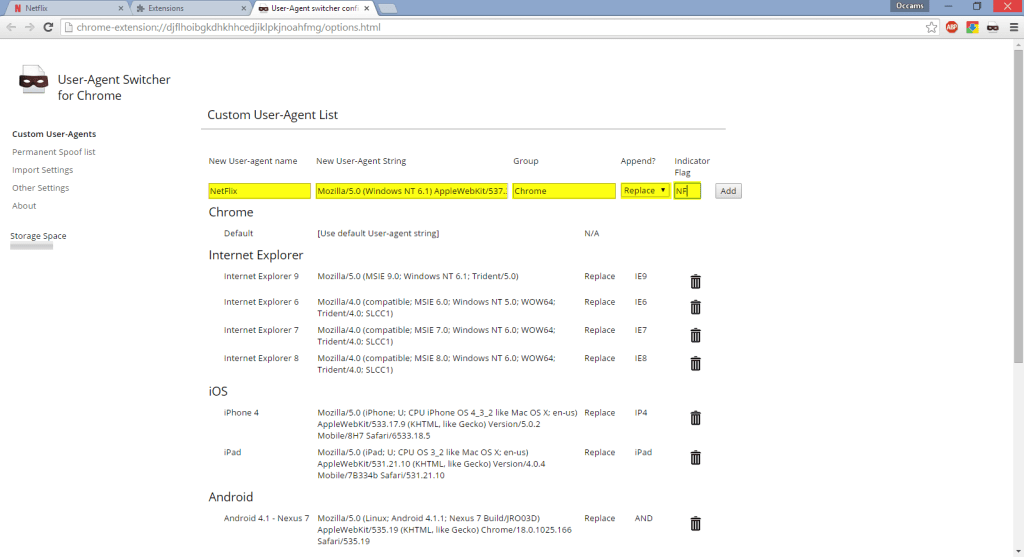 This creates another option under the Chrome group 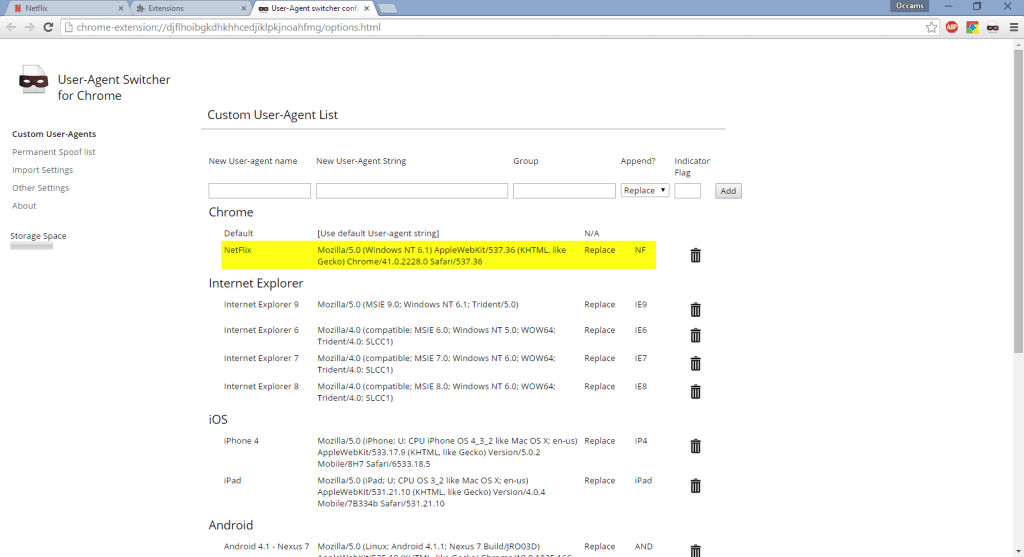 Switch to this agent (and you even get a handy little “NF” flag on the extension toolbar button for Netflix), and test 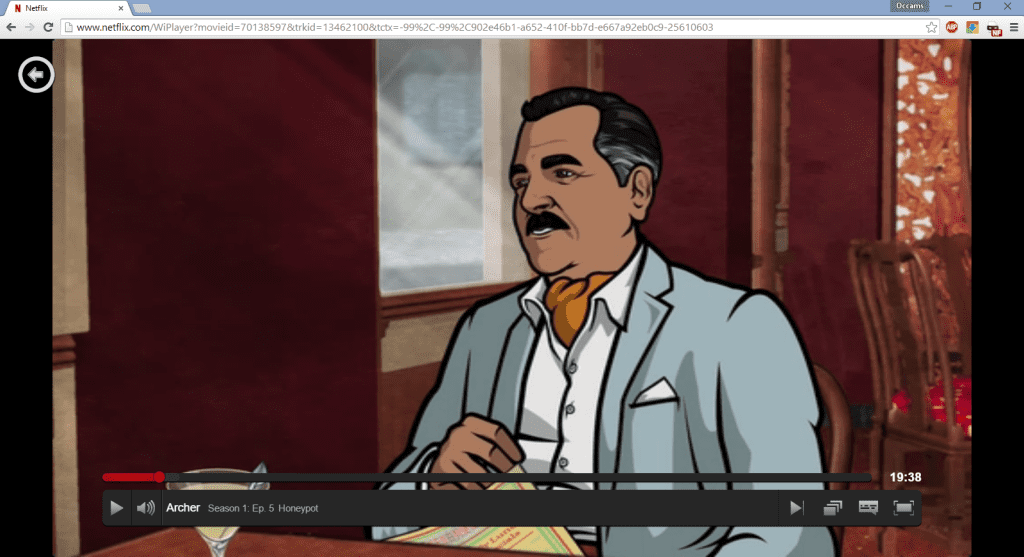 Bob’s your uncle. I reported the bug to Netflix last night, hopefully they’ll have it fixed soon.

The workaround seems to work without any problems and as long as Netflix doesnt fix the bug that is causing it, you can use the above workaround to continue enjoying your movies and TV shows. Kindly visit Reddit thread here and upvote Occam’s Razor to upvote him for bringing this workaround.