Lost iPhone leads to a bromance between an American and Chinese

Matt Stopera never though his lost iPhone, which he had totally forgotten would lead to a emotional and endearing ‘browmance’ between him and Brother Orange.

Brother Orange than took out the iPhone which had brought the two men together across the continents and both Stopera and Brother Orange burst into laughter.

It all began last month when Stopera logged into his photo stream and noticed something unusual. Somebody else was clicking images and they were appearing in his photo stream. 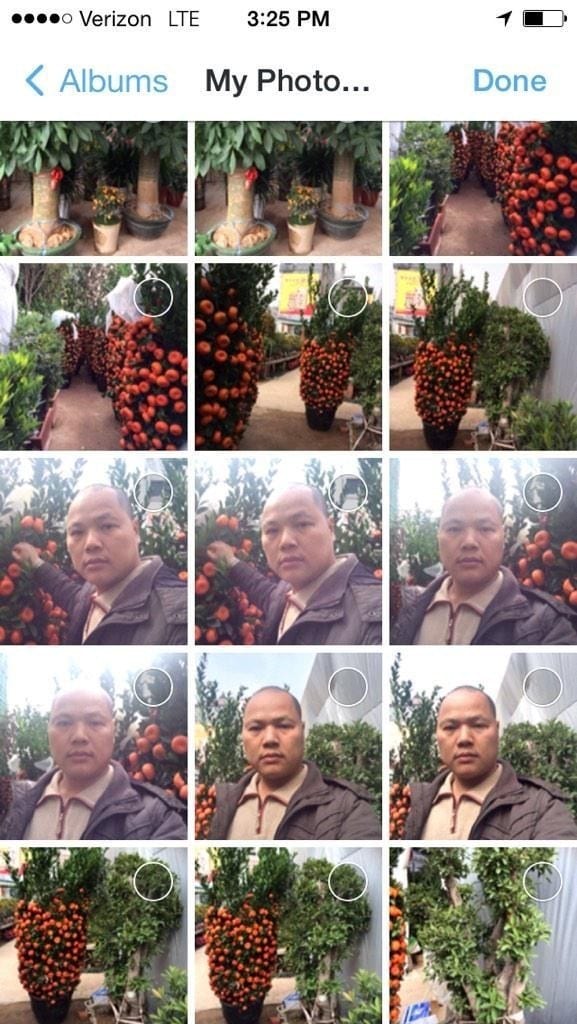 The mystery pictures continued into the next month and Stopera thought about doing something about it. Upon inquiring among his friends, a friend asked him whether his iPhone had been stolen. Stopera remembered an old iPhone which he had lost a year ago. He went to the Apple Store and found that his old iPhone was still connected to the iCloud. The iPhone had landed up in China just like all stolen iPhones do.

Stopera made a post about the lost iPhone on Buzzfeed and somehow it gained immense popularity in China.

His readers in China took upon themselves to find the lost iPhone and the man owning it right now.

@mattstopera wish u can find him:).ur story are sooo famous in China that all of my friends have known u and the orange tree guy,lol

@mattstopera Your story has been retweeted on Weibo for almost 49,000 times now 🙂 people are always moved by the story of true love

The story was apparently re-tweeted 49,000 times on Weibo and finally a user found out the lost iPhone and the ‘Orange Tree Guy’.

@mattstopera The guy is from Guangdong China, we Chinese are helping you look for him on the Internet lol

Apparently Orange Man’s nephew heard about the story and posted pictures of Stopera’s iPhone and pictures of his uncle on Weibo. Stopera found out the The Orange Guy likes to be called Brother Orange and his stolen iPhone was bricked. However Brother Orange made Stopera famous with almost 30 million Chinese people reading the story of the lost iPhone.

And Brother Orange invited Stopera to China for his first ever visit. Stopera described his first day in China as “magical” when revealing on Chinese microblog Sina Weibo that he “hung out with Bro Orange all day on Tuesday.” 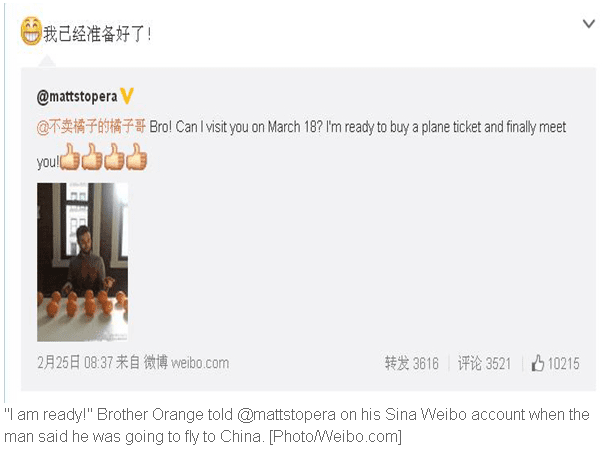 While Stopera was having fun in China, the story of his ‘bromance’ somehow reached the entire world. It is now trending across the continents and people are giving examples of Stopera and Orange Brother’s brotherly love.