We keep reading about all kinds of dirty hacks which usually lead to some kind of damage. The hero of this hack will however be having a laugh of his lifetime.

A young man named Andrew recently received what may be the holiest fraping ever. It so happened that Andrew visited mass at a Church and forgot his smartphone there. Luckily for him, the smartphone was found by Father P McMohan who was quick to open Andrew’s Facebook page and assure him that the phone was in safe hands and he could collect it at the cathedral.

However before ending the post, Father McMohan posted a selfie of all the reverend at the church just to make a point. 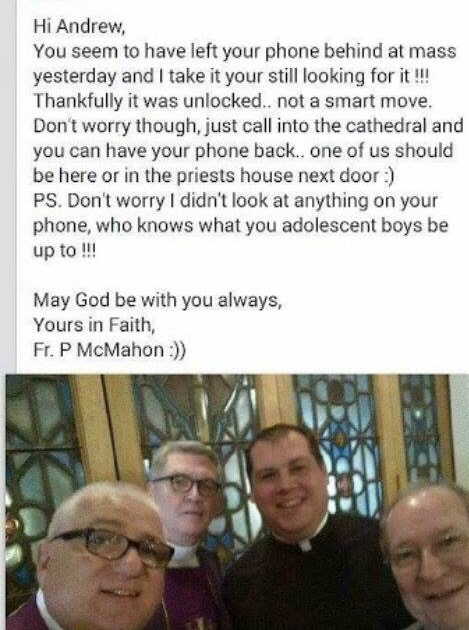 The post and the image  quickly went viral and were uploaded to both Reddit and Imgur and has been referred to as “the most Irish Facebook hack ever”.

Andrew should ask Father McMahon to bless his phone while goes to pick it up at Cathedral so he never loses it again… or he could just be more careful.