ZANO is a powerful little drone that can take your selfies to new heights. It can capture images with a 5-megapixel camera.

ZANO is an ultra-portable, personal aerial photography and HD video capture platform; it is so small enough that it can fit in the palm of your hand and it it is intelligent enough to fly all by itself. Zano connects directly to your smart device (iOS or Android) via onboard WiFi and enables you to instantly begin capturing and sharing moments like never before.

ZANO consists of collection of sensors work seamlessly together to allow it to avoid obstacles, hold its position and know exactly where it is in conjunction with your smart device, at all times. 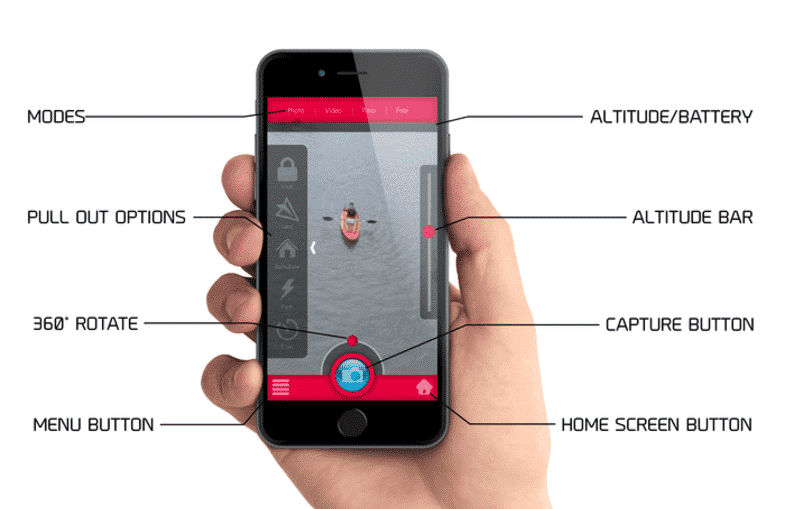 ZANO is designed in such a way it operates on a virtual tether connected to your smart device. Modes of its operation are simple. Tilt your phone or tablet left or right, forward or backward and Zano will follow. (Zano can also be utilised in “Free Flight” mode, using on-screen Joy Sticks). On screen slide bars control rotation and altitude. Zano will hold its position unless instructed otherwise (In both “Capture” mode as well as “Free Flight” mode), which allows for maximum control and creative freedom without the burden of piloting Zano. 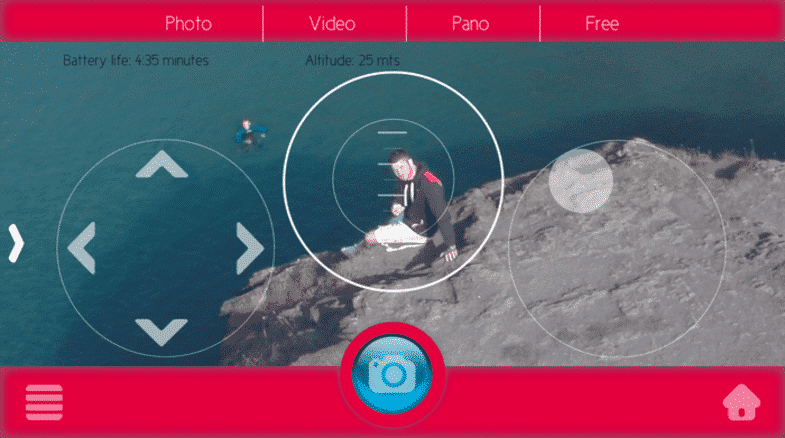 Zano boasts a ‘Follow Me’ feature, which when activated locks the drone into a certain distance from the user’s smart device to capture all the action.

The drone is light in weight and durable. It is 55 g (1.94 oz) in weight and the battery can either be charged via Micro USB while inside the drone, or externally through a special adapter. The size of the drone is 2.5 x 2.5 in (6.5 x 6.5 cm), which is one of the smallest, drones in the world. Conveniently we can take ZANO with you wherever you may go due to its small and compact size.

Photos are snapped at 5 megapixels, while video is captured at 720p. The company says this is limited by Wi-Fi bandwidth and the Zano is technically capable of 1080p at 60 fps, leaving the door open to higher resolution video by way of future software updates.

This smallest drone also has Instant image and video sharing capability to social networks. Digital Image Stabilisation feature helps in taking clear and precise image and video capture. ZANO can drive motors in either direction. This feature helps him to move in any direction. It can fly continuously for 10 – 15 minute. (Weather dependent). It has a optimal range of 15 – 30 meter with a top speed of 25 mph.

But beside all this features and such small technology a question that will leg ZANO about obstacle avoidance is that how it will compete with those of the infrared sensor that is claimed to already be providing prototypes with adequate obstacle avoidance. Well, the answer is not know now but seeing the company’s confidence it seems that answer will be available shortly..