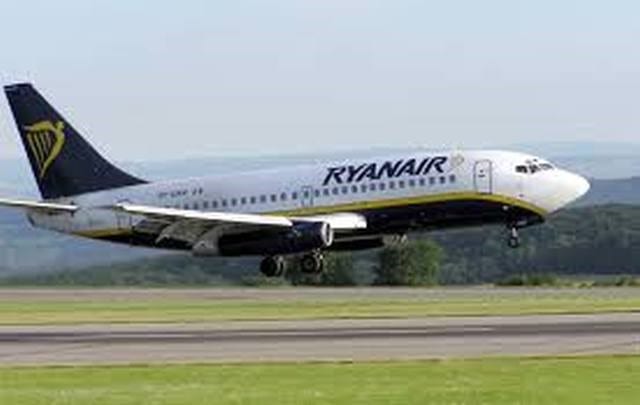 The controversial Ryanair has fallen victim to a gang of Chinese hackers who successfully robbed $5 million (£3.25 million) from its account in one of the Chinese banks. The hacking which is believed to have happened  last week, the fraudsters were able to carry out the scam by using fraudulent electronic transfer through a Chinese bank.

As per the reports from “The Irish Times” it is not yet clear as to how was it carried out other than a Chinese hackers gang is suspected to be behind it.

The reports further said that it has been observed that Ryanair uses dollars to buy the fuel for its huge fleet of Boeing 737 aircrafts which comes to around 400 plus in number. Definitely large amounts of funds are used from these accounts to buy the fuel. Hence, when €4.6 million was transferred from the account, the officials did not find anything unusual and hence no alarm was raised. It seems that hackers presumably hacked these funds which were saved for the fuel.

Now, whether it is a routine followed by Ryanair to use the Chinese banks for the fuel payment is something yet to be discovered, however it seems that the hackers got access to the funds through one of the Chinese bank accounts.

Ryanair, is a Dublin based low cost airline run by Michael O’Leary. The criminal scam popped up only last Friday, now Ryanair has asked the CAB (Criminal Assets Bureau) in Dublin to help them recover the hacked funds.

On Tuesday, the airline confirmed the news by this statement: “Ryanair confirms that it has investigated a fraudulent electronic transfer via a Chinese bank last week.” Further, no details of how the scam took place has been revealed in public as the matter is now subject to legal proceedings however the airline said that it has taken certain preventive steps to curb any further re-occurrence of such scams.

Ryanair’s statement: “The airline has been working with its banks and the relevant authorities and understands that the funds – less than $5 million – have now been frozen. The airline expects these funds to be repaid shortly, and has taken steps to ensure that this type of transfer cannot recur.”

As of now, the CAB is using its connections with similar agencies in Asia to trace the money so as to help the airline secure its recovery.

In the first week of April, IBM security researchers had identified and published an active criminal campaign “The Dyre Wolf campaign” and here the hackers successfully stole  more than $ 1 million from some of the targeted businesses. Basically, the computers of the employees were infected by some malware that tricked them to connect to a live phone operator who was part of the hacker’s gang who would then manipulate the credentials and wire huge amount of funds from the business accounts.

Well, nevertheless, it is definitely a big blow to a company if its business accounts are hacked for such a huge amount. Though the fraud came into light only on Friday, Ryanair is definitely engaged in its extensive search to secure and recover the money.

We can understand for security reasons it must have not revealed the exact search procedure and methods that the hackers used to hack such a huge amount.  However, once the funds are recovered hopefully Ryanair will disclose on the details of how hackers hacked the accounts, how the airline caught this hack and also what preventive measures can be taken to help stop any such hacks from occurring in future, basically this will help other corporate companies from the preventing themselves from these probable hackers.