Facebook on Monday added a new video calling feature to its standalone Messenger. The feature is currently available to users on iOS and Android operating systems, the company said.

The video calling feature introduced on its mobile messaging platform allows users to have a face-to-face conversation with their friends by just pressing a single button inside the Messenger app. The reports by The Verge state this new feature is believed to pit Messenger against similar products from other companies like Microsoft’s Skype, Google Hangouts, and Apple’s FaceTime.

According to Stan Chudnovsky, Facebook’s VP of growth and global strategy, said that the center of interest of Facebook’s developers was on making the video work well on relatively low-bandwidth cell networks. The new feature would work over both LTE and Wi-Fi connections. 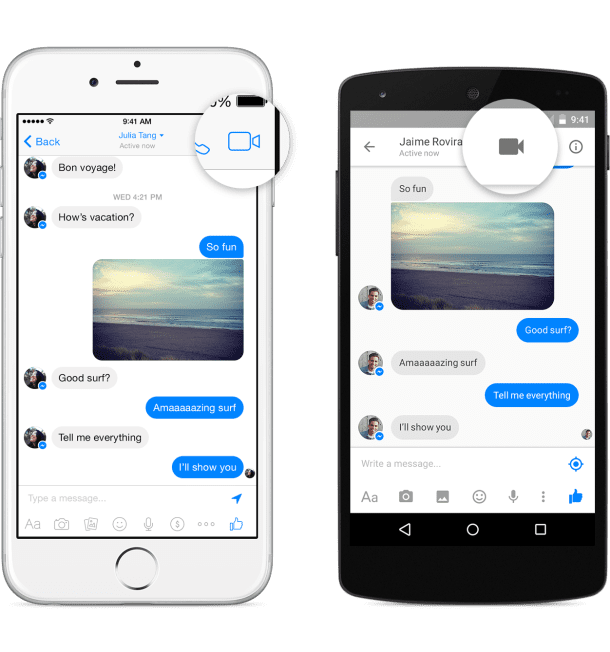 In order to start a call, the user just has to tap the camera icon. Once it has started, they can easily alternate between the front-facing and rear cameras, or turn the camera off completely. The app is currently available in a few countries, including the United States, UK, Canada and France.

The feature is expected to assist Messenger build on its sizable momentum. The app makes about 10 percent of all internet-based phone calls and already has 600 million monthly active users.