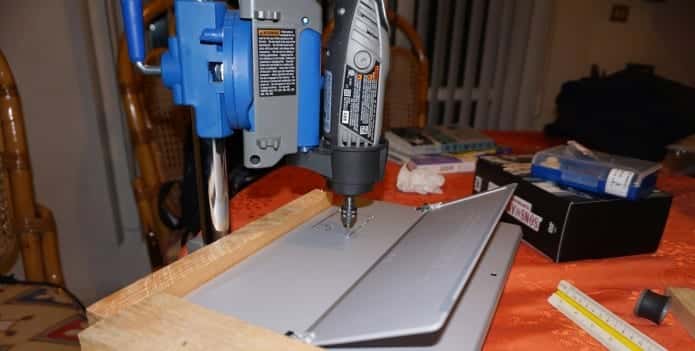 A guy cuts open his Microsoft Surface Pro 3 with the help of a drill and successfully installs 1 TB Solid State Drive.

Earlier this year in February, tech savvy Jorge Malagon, a citizen of Mexicon city, developed a new technique wherein by using a drill he opened a small window through the metal body of the tablet/laptop hybrid: Microsoft’s Surface Pro 3, to upgrade the storage space from 256 GB to 1 TB.

Microsoft’s Surface Pro 3 is basically a hybrid in the sense it is a tablet that can easily replace the laptop. Now, the models available vary in their pricing from $799 to $1799, however the maximum storage capacity offered by Microsoft in its expensive models of the Surface Pro 3 is 512 GB.

Mr. Malagon purchased a Surface Pro 3 for $ 1,340 which had i7 processor, however the storage capacity was only 256 GB. Since, Malagon wanted more space in his hard disk he used a drill machine instead of going through the official Microsoft channels and drilled a hole in the device to manually upgrade his hard disk.

Why would a person use such a forceful method to increase the storage capacity? Upon the release of Surface Pro 3’s, iFixit and CNet both attempted their traditional tear downs and found that the tablet’s screen is very fragile and might just crack if someone attempts to unscrew the back plate of the tablet. The team also found that there is some strong adhesive between the screen and the metal covering of the tablet due to which it is impossible to separate the display from the metallic body of the device and if someones attempts to do so they might destroy either the display or the shell of the device. Hence, Malagon found out an unique method of using the drill so as to avoid permanent damage to the device.

Malagon with the help of appropriate tools, patiently checked the schematics of his Surface Pro 3 to understand where all the parts of the Surface Pro 3 was laid internally. Next, he drilled a small “window” in the back of the device exactly at that place which housed the SSD. Once he got to this place it was easier for him to replace the 256 GB SSD shipped by Microsoft to the new Samsung 840 EVO 1TB mSATA Solid State Drive. 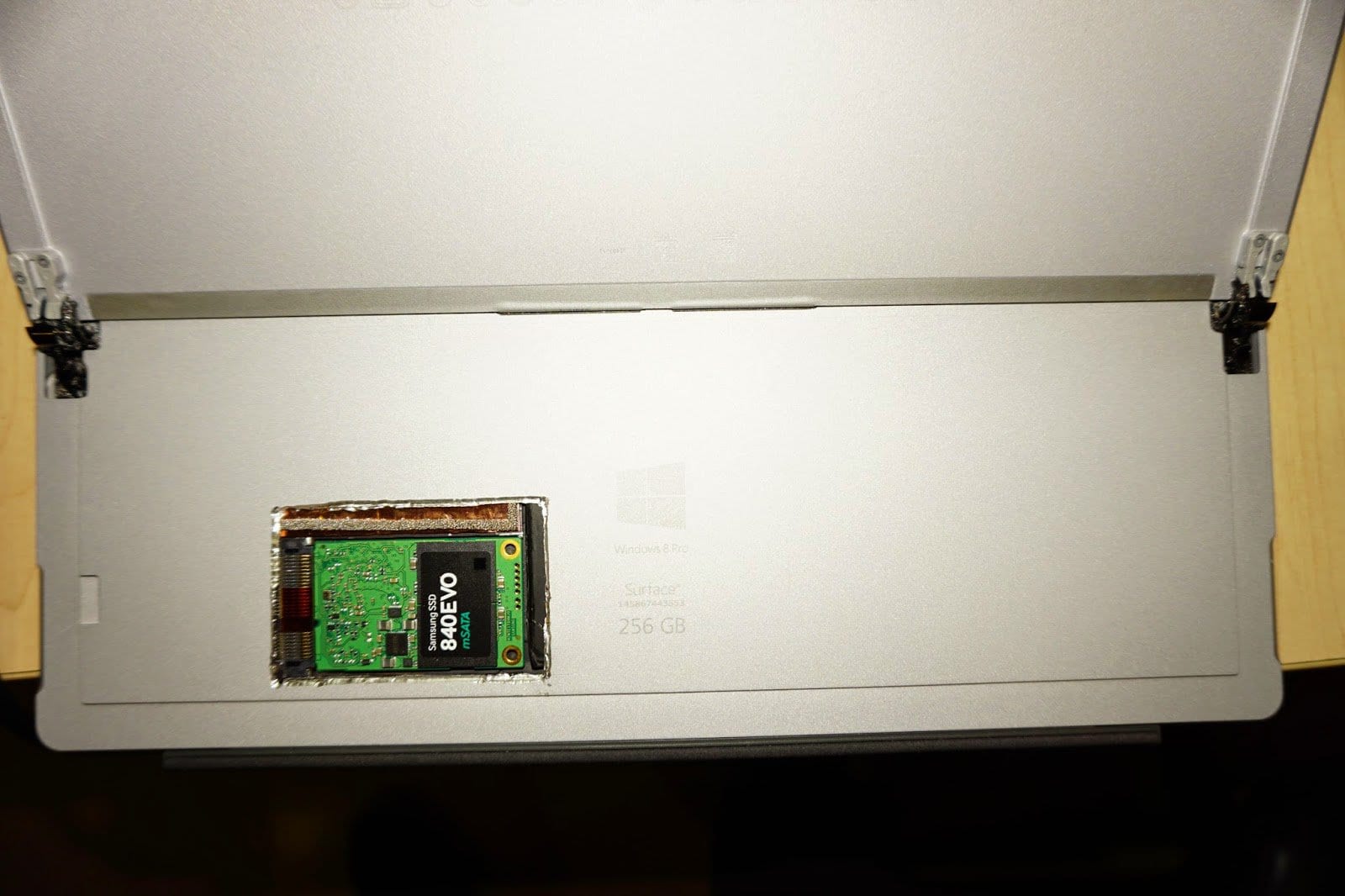 Malagon wrote in his blog: “And voila !!! A Surface Pro 3 with 1 TB SSD !!!” Further he added: “The last step was cover the back of the surface, using cardboard, a little piece of foam and an avery decal, I made a simple decal, and now nobody see the “window”, that remains there, ready to get a upgrade when 2TB SSD´s arrive to the market.”

Malagon smartly cloned his old hard drive and thus helped himself from all the hassles of re installing the Surface Pro 3’s drivers from scratch. As per his blog the device is ready to get upgraded to 2 TB storage space as soon as the SSD is ready for sale in market.

We have been hearing about customizing our computers, laptops and tablets……well how do you like this idea of Jorge Malagon. Simply fabulous, so now users can buy cheaper tablets and try to upgrade it as per their needs at least as far as the storage space is concerned.

But wait a word of caution, proceed only if you possess the patience, skills, courage and knowledge of Jorge Malagon to do so!!