The airport security team noticed the breach at around 5.30 am today morning and immediately took the website offline.  The police are investigating into the hacking and stated that all websites on the particular host that Hobart Airport website was hosted have been hacked with a similar message.

The defaced page which has been removed now showed that the website was hacked by a group named Team System DZ and proudly states, “I love Muslim, I love Jihad and I love ISIS” There is a background score of a song playing on the hacked page. 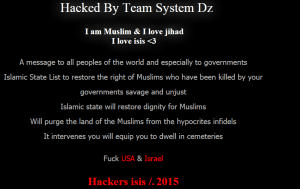 The website is inaccessible but a Google search shows part of the statement. 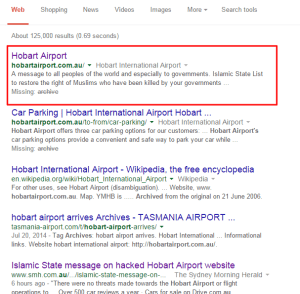 “A message placed on the site contained a statement supporting ISIS,” a police statement said. “There were no threats made towards the Hobart Airport or flight operations to and from the airport.”

The website is still down and showing a “under maintenance” landing page. Hobart Airport authorities are yet to come out with a statement. You can see the defaced page here.