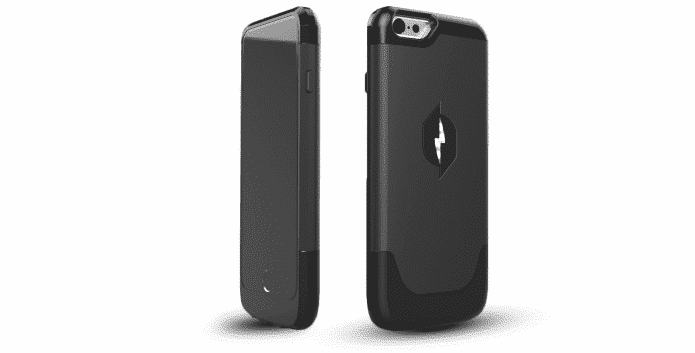 Nikola Labs introduces an innovative technology that can convert the radio frequencies into DC electrical current and charge the smartphone upto 30 percent longer.

Nikola Labs gets patent for a new technology that can convert the radio frequency into DC electrical energy. The technology has been showcased in its pioneer product “case for iPhone 6“. The most important point that needs to be noted here is that the device uses the ambient Radio Frequency and harvests it into DC electrical current, so there are no extra batteries and it just works passively.

Way back in 19th Century, Nikola Tesla pioneered the technology for transmitting electric current over wires. Heinrich Hertz on the other hand demonstrated that wireless transmission of the electric current is also possible.

The amazing reality is that we are still utilizing 19th Century Technology for our highly advanced 21st century devices and hence Nikola Labs attempted to change the way our smart devices are powered on a daily basis.

TechCrunch editorial team and the audience selected Nokia Labs as the Wild Card choice from Startup Alley; as Nokia Labs launched their first product which has the technology that can transform radio frequencies into DC power claiming it to be “Power devices”.

The pioneer product of Nokia Labs is a “case for iPhone 6” that can be used as power device for the smartphone. Nokia Labs further explained that whenever the smartphone transmits the signals it tends to waste almost 90 percent of the phone energy. Now, this  innovative technology, which will be used as the “case” for the smartphone, will convert the lost energy and put is back into the phone powering the phone to an estimated 30 percent longer. This technology seems to be harvesting the phone’s energy to be utilized when it is needed the most! It is pretty clear that no additional batteries will be attached here, the phone case will be acting passively and sort of harvesting the energy of the phone by using the ambient radio frequency and converting it into energy again.

In a month’s time, the ‘case for iPhone 6’ will be launched on Kickstarter for a price of $99. Further it might be shipped within the next four months.

Nikola Labs envisages to bring this technology to numerous other devices namely embedded sensors, wearable gadgets, medical devices and Internet of things devices. The technology is compatible with any device which does not require higher amount of electricity.

Readers, if you are worried for low battery while using your iPhone 6…….now Nikola Labs thoughtful and innovative technology will help your smartphone to work 30% longer by using their “Power device” which is a “case for iPhone 6” that will be ready for sale soon.