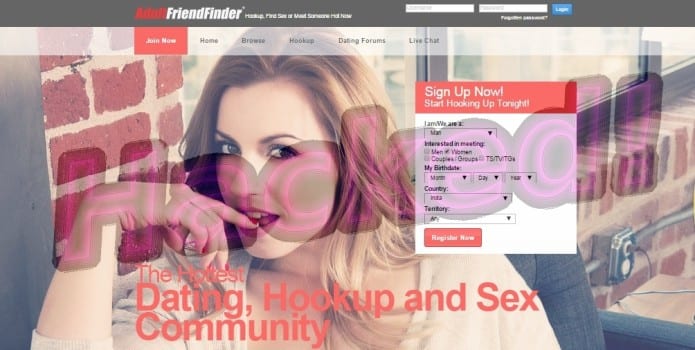 The world’s premier online dating site for adults with around 64 million members has confirmed that it had suffered a hacking attack and that data of around 3.5 to 4 million customers may be exposed to the hackers.

The website which competes with OKCupid and Tinder and is straightforward in hookup policies and asks its subscribers to submit their private sexual information, including preferences, fetishes, and more. That is what the hack on AdultFriendFinder makes a serious issue because in addition to their marital statuses, dates of birth, locations, and email addresses, the hackers may have excess to very private and confidential information about their fetish and sexual orientation which can be used for blackmailing of the users.

AdultFriendFinder told USA Today that it has “begun working closely with law enforcement and launched a comprehensive investigation with the help of leading third-party forensics expert, Mandiant.” Channel 4 reports that some of the data was linked to users who had attempted to delete their profiles on the site.