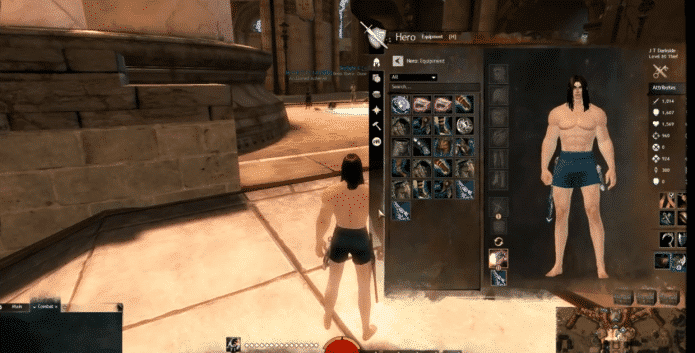 In a something of a first, a hacker who hacked the massively popular MMORPG game Guild War 2 has been publicly stripped and executed.

The Guild War developers, ArenaNet decided to to something unusual to punish a player found to be cheating and hacking his way to victory in the MMO’s player versus player (PVP) mode.

User DarkSide had been accused of using multiple hacked accounts in Guild War 2, that allowed him to teleport around the game’s world, dish out huge damage to other players and then escape unhurt. This was near about impossible to achieve in normal gameplay of the Guild War 2, without an hack.

ArenaNet’s punishment involved public stripping of DarkSide for hacking. Further to make an example out of him, they forced his character to commit suicide.  The ArenaNet developers also deleted the character and associated accounts from the server entirely.

A video of the “execution” was uploaded by the ArenaNet staff who took control of the account, stripping him of his clothing, making him leap to his death, then logging out and deleting the account

The video titled ‘RIP DarkSide’ which has become enormously popular and has already been watched by 2 million gamers and other readers is given below :

DarkSide’s cheating exploits were brought to the notice of ArenaNet when a video of his cheating in action was uploaded online.

Some gamers are apprehensive about whether the punishment and online shaming of DarkSide will actually stop him from future hacking and cheating.

“Got lucky and killed him? He’ll be back in 10s no matter where you are on the map. People eventually get tired of it and quit,” said forum user Jayden Ennok.