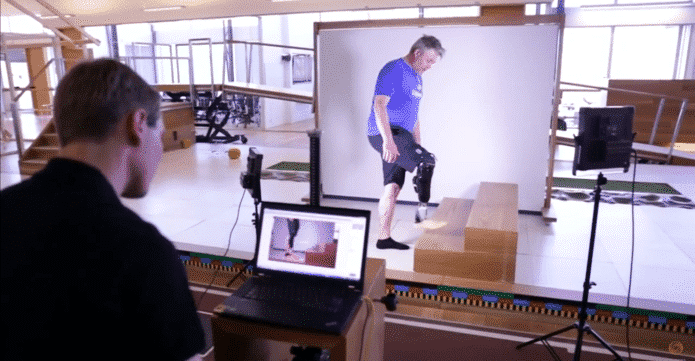 New mind controlled Bionic prosthetic limbs invented by the scientists in Iceland help patients to carry out their actions subconsciously.

A new technology has been introduced by the scientists in Iceland wherein amputees can completely control their prosthetic limbs by mind. The mind controlled Bionic limbs are not only capable of real time learning but they can also adjust themselves to amputee’s style of walking.

The breakthrough technology has been developed by Ossur, a company that develops and sells orthopedic equipment. These limbs have already been tested on two amputees for a year now and as per the company the feedback is positive.

Myoelectric sensors (IMES), in the dimension of 5mm by 3mm, needs to be surgically implanted into residual muscle tissue of the patient’s limbs. The signal travelling between the nerve endings of the muscle and the brain is measured and interpreted by these IMES.

The mind controlled Bionic prosthetic limb is fitted with a receiver which receives the signals from the sensors and triggers the leg movement.

The entire process is very much streamlined thus helping the amputees to control their leg movements with their thoughts and perform the action subconsciously.

Dr. Thorvaldur Ingvarsson, an orthopedic surgeon leading the research team at Ossur said: “The technology allows the user’s experience with their prosthesis to become more intuitive and integrative.”

He added: “(users) no longer need to think about their movements because their unconscious reflexes are automatically converted into myoelectric impulses that control their bionic prosthesis.”

Dr. Ingvarsson, explained how this new technology would differ from other mind controlled prosthetic limbs. Earlier mind controlled prosthetic technology involved transplanting muscle tissue from another part of the body into the affected area. Thus patient would need immense mental training to control the prosthetic limb as brain has to get used to the different functioning of the muscle tissue in an all together different region of the body.

Gudmundur Olafsson, 48, is one of the amputees who has tested the mind controlled Bionic limb for the last twelve months. He had lost his right lower leg and foot during his childhood days as a result of some accident.

While speaking to Popular Science magazine, Olafsson said: “The first time, to be honest, I started to cry. You are moving the ankle, and I basically haven’t had one in 11 years.” He further feels that this mind controlled Bionic prosthetic limb is “really surreal”.

Further, Olafsson said he does not limp “as much” and feels that he has more stamina now.

While speaking to Reuters, Olafsson he said: “As soon as I put my foot on, it took me about 10 minutes to get control of it. I could stand up and just walk away. Come back, sit down, use my muscles to move my foot in the position I wanted to use it. It was like you couldn’t believe the feeling when you were moving your ankle. It was really strange. I couldn’t explain it. It was like, I was moving it with my muscles, there was nobody else doing it, the foot was not doing it, I was doing it, so it was really strange and overwhelming.”

Olafsson says that for better manipulation of the bionic legs one needs to practice thoroughly. For now he is focused on expanding his skills to get him uphill, downhill, upstairs, downstairs and sitting and standing on a chair.

The most important feature of this new technology by Ossur is that it is compatible with its other prosthetic products.

Jon Sigurdsson, CEO of Ossur says: “Mind controlled bionic prosthetic legs are a remarkable clinical breakthrough in next-generation bionic technology. By adapting not only to the individual’s intentional movements but to intuitive actions, we are closer than ever to creating prosthetics that are truly integrated with their user”.

It was in 2013, when the first Bionic leg was developed by researchers at the Rehabilitation Institute of Chicago’s Center for Bionic Medicine.

Dr Ingvarsson said that his team is now working to insert a network of sensors into the mind controlled Bionic prosthetic limbs.  These sensors will collect information regarding the pathways and obstacles around the patient, in short the sensors will send information to the brain regarding amputee’s environment.