Project Quantum is a small type of processor, taking about the same trail as a comfort, designed inside and out by AMD. The PC features two of the latest Fiji-based GPUs making it what AMD claims, the most powerful computer in its class. 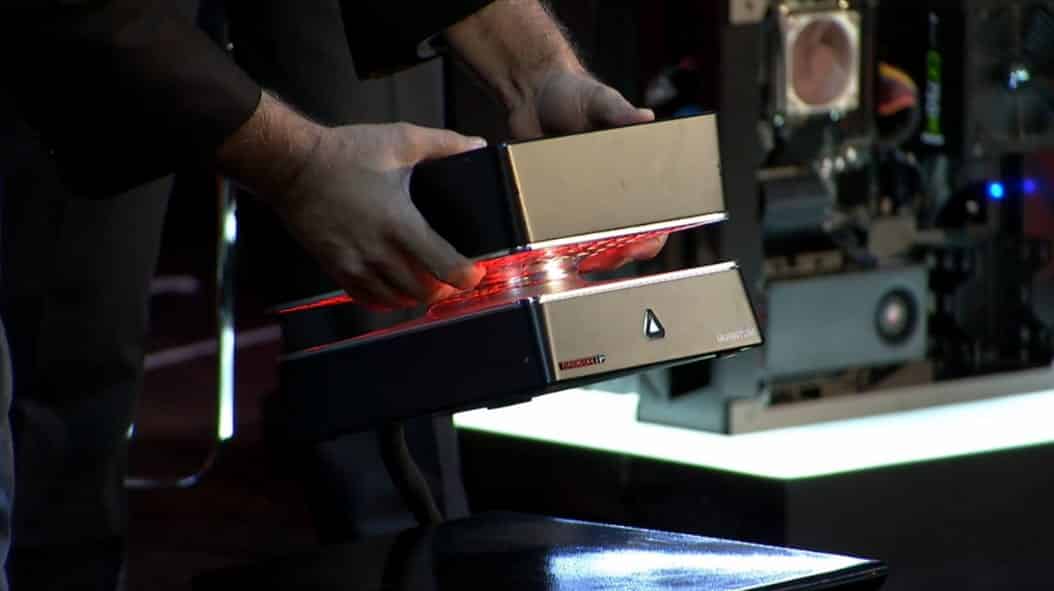 Project Quantum looks spectacular with its two-section design. The bottom half features all of the mechanism with the motherboard, processor and graphics, while the top half includes a custom designed water-cooling solution that keeps the thermal levels at bay. Aside from the framework and the cooling solution, most of the lower-half components are off-the-shelf which means that they might be easily upgradable; however we don’t know that for sure until now.

On the outsides the Project Quantum looks no more than 10 inches wide and 10 inches deep and packs two high-end” liquid-cooled Fiji GPUs into its unique looking chassis. AMD has stated that the GPU horsepower inside Project Quantum could run “any 4K game” at 60fps.

The Project Quantum is based around not one but two R9 Fury X GPUs, along with 8GB of High-Bandwidth Memory (HBM), it has a tiny footprint but should be more than capable of driving 4K 60fps displays or powering your pick of the big-name virtual reality headsets headed to market soon.