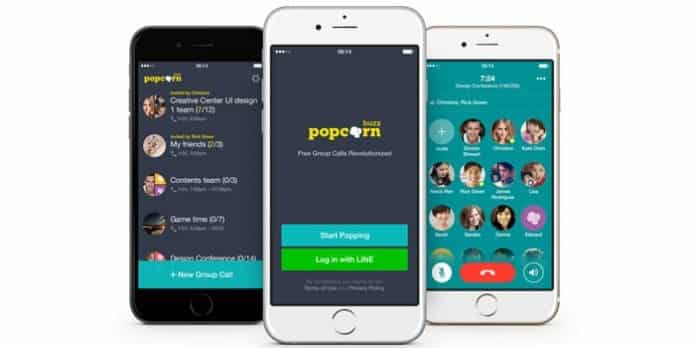 Line, the mobile messaging service has launched Popcorn Buzz, a new group call app for Android to its ever-extensive web services. Popcorn Buzz is entering a crowded market for group calling services, which include dozens of conference calling businesses, along with Google, Skype, Kakao Talk and more. However, here the group call is free of charge, and let’s you add and talk to up to 200 people simultaneously.

Line Call, which is Line’s own voice service is different from Popcorn Buzz, as it is cheap but not free of charge. Line also offers free calls to other Line users in the main app.

With an iOS app to come soon, the service is live now on Android globally. Also, in the pipeline, there is the group video chat and the ability to talk with a pre-set LINE chat group. 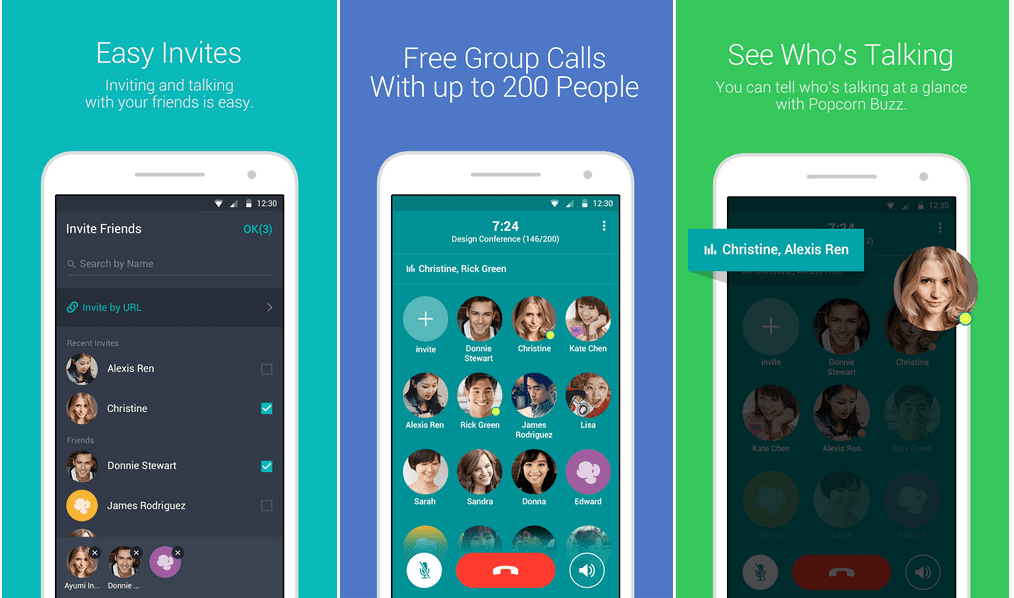 In addition, there is a group call function that could be useful for those on the move, and even in business teams.

The company states “Popcorn Buzz can be used to talk with friends and family, catch up with classmates, make plans with club members, and more. On top of that, Popcorn Buzz is a perfect replacement for existing paid business-grade conference call services. Popcorn Buzz accommodates both personal and business usage, all for free.”

According to LINE, the calls are free if made over WiFi networks. However, additional mobile data charges may apply for use of 3G or 4G networks.

Line that has 205 million users, of which its home market of Japan form a major share along with few other countries in Asia lags behind other messaging services like WhatsApp and Facebook Messenger in terms of size. However, it’s been making an effort to make up for it by forraying in to many different features beyond basic messaging.

The thought behind this is to use each of these other services or apps in the main app, which include photo editing, gaming, a dictionary, TV, shopping and possibly soon music to both increase involvement of the existing users and also attract new people who have not joined via its basic messaging offer. The company earns income by way of extras like stickers and other commissions in the apps. It’s an very interesting concept enough to have social networking site like Facebook building more features to include in its Messenger app, too.

To get started with Popcorn Buzz, all you need to do is choose a username and upload a profile picture. Once you have got a Line account, you simply need to send out a group call URL via email, text or another communication to start a group call.

LINE adds, “existing LINE users can log in to Popcorn Buzz with their LINE account to immediately synchronise their friends list data and get started making group calls with their LINE friends right away.”

During group calls, users can view other call members’ icons, and note who is talking via the green dots that show in the lower right-hand corner of current talking users’ icons.

“With its release, Popcorn Buzz seeks to redefine the limits of smartphone communication in a way that has never been done before,” LINE added in an official release.

You can download the Popcorn Buzz for your Android smartphone or tablet from here.