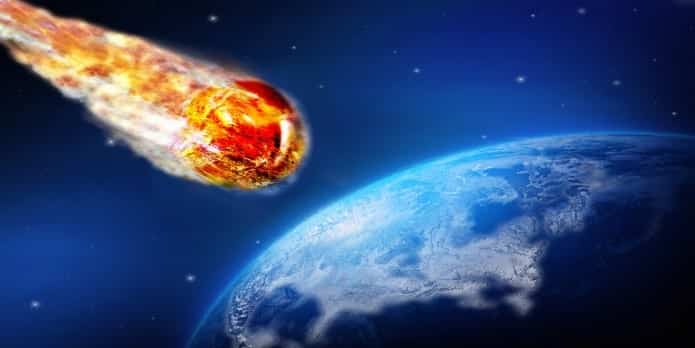 To avert the extinction of human race via doomsday Asteroid or Comet, NASA has joined hands with NNSA to take precautionary steps and deflect the planetary objects from banging onto Earth.

You may have seen a heart wrenching scene in many sci-fi movies, where a Comet is hurtling towards the Earth and the hero, fighting against all odds,  plants a nuclear device on it to deflect it away from Earth.

It seems NASA has something similar in mind. According to a report published in the New York Times last week, NASA (National Aeronautics and Space Administration) made an announcement that it has just sealed a deal with the NNSA (National Nuclear Security Administration) with the major aim of using nuclear weapons or ‘nukes’ to deflect the stray Comets and Asteroids which pose a threat to planet Earth.

NNSA, is a division of Department of Energy which is responsible “for enhancing national security through the military application of nuclear science”.

For quite some time, both the agencies were independently trying to understand how nuclear weapons can be put into use to deflect the asteroids or comets so as to avoid the fatal collision with Earth.

This collaboration will now help the rocket specialists from NASA and nuclear scientists from NNSA to work together and thereby accelerate their joint efforts towards national security.

While speaking to the New York Times, Bruce Betts, Director of science and technology at the Planetary Society said: “Often, these agencies focus on their own pieces of the puzzle, so anything that brings them together is a good thing.”

It was just a couple of years back, in 2013, when a 60-foot wide Chelyabinsk meteor exploded over Russia. The alarming fact is that none of the space agency could see this meteor coming towards Earth. The surprise impact resulted into a widespread damage and injuries and it was reported that about 1,500 people were injured and about 7,000 buildings were damaged.

Space scientists believe that there could be millions of asteroids that are moving near Earth. For now scientists have been able to detect only a few of them. According to scientists it is these undetected asteroids which pose a danger to the planet Earth.

Researchers believe Chelyabinsk impact occurred due to a relatively smaller meteor and it actually brings a question that if the meteor was much larger then what would have been the possible consequences. Scientists are not sure what would have been the impact however they believe that a precautionary step can be put in place by deflecting these dangerous meteors, comets and asteroids by just “nuking them”.

As per scientists they have already mapped the large sized planetary bodies and these do not pose any major threat in the near future. At the same time even the smaller rocks and comets will not cause any major catastrophic damage to Earth. The medium sized comets and asteroids, ranging anywhere between 164 and 192 feet in diameter, are the major cause of scientist’s concern, as these pose a threat to the planet.

New York Times further also mentioned, that way back in 2007, a NASA study had already suggested using nuclear bombs for deflecting the asteroids from colliding with Earth.

The collaboration between NASA and NNSA will mark the first official ‘Asteroid Day’ which falls on June 30. This day marks the anniversary of the 1908 impact of an asteroid in Siberia which resulted in wiping out some 800 square miles of forest.

Scientists hope that an “Asteroid Day” will succeed in reaching out to the government as well as common people and in general raise an awareness of the threat posed by the near-Earth objects. Scientists want the government to understand the gravity of the situation and thus develop a better plan to detect and track these dangerous planetary objects.