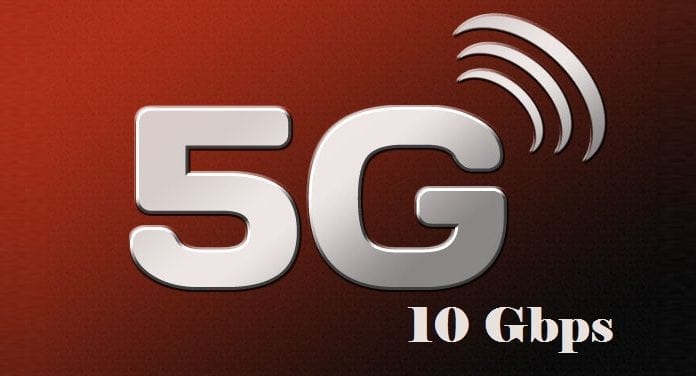 Ericsson touts break neck speeds with 5G technology, will be installing first network facilities in US and Sweden

Sweden: Researchers at the telecom giant Ericsson, have been working to update the data connection speed to enormous levels and last week have reportedly launched networks for testing the latest 5G technology in U.S. and Sweden. The reports also mention that Ericsson has successfully achieved 2 Gbps throughput by using multiple radio streams that work concurrently.

The announcement of this pilot 5G technology was made in an innovative way, wherein the company released a photo of a van which read: “What seats 8 comfortably, gets 20 miles per gallon and more than 2 gigabits per second?”

Due to its huge size, the entire radio unit supporting this technology had to be carried in a moving vehicle (mobile testing). However, the company feels that once the 5G bands have been approved the radio units would be attached to cell towers.

The advertisement further added: “Today, it takes up the luggage space in a mini-van but, by 2020, it’ll fit nicely in your smartphone, watch or other wearable”.

Ericsson has confirmed that its mobile tests have been able to achieve a data transfer speed of 2 Gbps; whereas their developmental facility located at Stockholm has already achieved a speed of 5 Gbps.

Ericsson further mentioned that the 5G technology allows multi-point connectivity in devices that helps in maintaining more than one data stream at a time this ultimately results into delivering several ‘MIMO’ (multiple-input and multiple-output) streams which enhances the speed and reliability. It seems that during the early stages of tests, Ericsson’s researchers could achieve amazing speeds of about 10 Gbps with much lower levels of inactivity.

As of now, Ericsson is aiming at launching networks for conducting live tests of its 5G technology in Stockholm and Plano, Texas. In addition the company is also focusing on bringing feelers for mobile operators, eco system partners and academia to try it out.

Ericsson is carrying out its mobile tests by driving around Swedish and U.S. test sites on a van which carries its 5G transmitter / receiver that can transmit different sets of MIMO streams using its different 5G radio sites.

Peter Naucler, the test bed project manager for Ericsson’s radio development unit said: “By doing that we increase the special separation between different MIMO streams and thereby improve performance of the systems”.

On the contrary, the 5G technology touts a throughput which would be greater than 2 Gbps along with its multiple upload and download links, this is quite amazing!

Researchers further state that in comparison to the current LTE standards the 5G technology will use a lot less energy. In addition they also feel that in future the Internet of Things (IoT) will become all the more popular and then networks would need to support more devices ensuring minimum energy consumption.

For now, the tests are just a proof-of-concept and the next generation 5G technology is definitely facing lots of hurdles from technical as well as political aspects. For 5G technology to be successful the entire telecom industry needs a drastic revamp in the way the network works and is developed.

The major question which arises here is how much spectrum would be allocated to 5G because this will ultimately determine the speed of the networks that are based on 5G technology.

For now, Telecom providers just hope that in future regulators will sanction at least 100 MHz of spectrum below 6 GHz for 5G networks.

In a recent press release, Ericsson said: “Today, your LTE smartphone receives transmissions from one cell at a time, and many different techniques are used to ensure that you stay connected as you move between cells. But, with smartphone subscriptions set to more than double, suggesting an eightfold increase in traffic by the end of 2020, today’s mobile technology alone won’t be sufficient to maintain high quality connections as traffic grows, while satisfying new challenging demands.”

Ericsson is not the only company who is working on the 5G technology and other companies are also attempting to lead the path. Korean company Samsung’s 5G technology has registered a speed of up to 7.5 Gbps and in a moving vehicle it was 1.5 Gbps. However, University of Surrey in the UK was able to achieve a speed of up to 1 Tbps and hence been awarded.