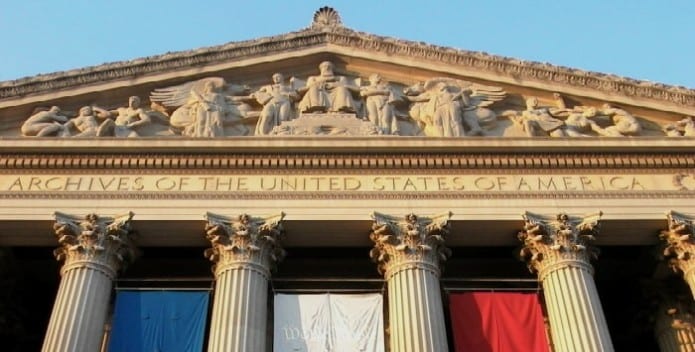 Just weeks after the massive Office of Personnel Management hack attack by the alleged Chinese hackers, another US government agency has been found to have indications of been compromised.

According to a report on federal technology publication NextGov, the agency that stores the U.S. Constitution and other important historical documents has discovered signs of computer activity that is not authorized and very much alike to the recently found hack of federal employment records.

On Monday, in its report, the NextGov said that the National Archives and Records Administration discovered signs that position of the files were changed, even though there was no proof that hackers took administrative control of its computer systems.

The National Archives officials stated that they may have a probable breach after they discovered ‘indicators of compromise’ on the systems. The officials stated that their own intrusion-prevention technology successfully spotted the so-called indicators of compromise during a scan this spring. This comes just after the data breach at the Office of Personnel Management that has affected approximately 18 million federal workers.

Laura Diachenko, National Archives spokeswoman told the publication that the agency’s systems and applications were not hacked even though “indicators of compromise” were discovered on three computers.

Representatives for the National Archives had no immediate comment on Tuesday, and Department of Homeland Security representatives were not immediately available.

Federal authorities is still probing the wider hack at OPM disclosed earlier this month and the Senate Committee is going to question the head of OPM regarding the data breach this week. The OPM data breach affects current and former federal workers as well as those seeking security clearances, potentially exposing vast amount of personal information.

China is suspected to be behind that hack according to the U.S. officials, even though the Obama administration has not publicly charged Beijing. China has refused to accept any involvement.

If it is established, the Archives hack would be the latest in a series of major computer breaches directed at the U.S. government. The systems at the State Department, the Postal Service and the White House have already been compromised during this year or last year.

The U.S. private sector have been affected by a number of big hacks that includes the retailers Target Corp and Home Depot Inc. and health insurer Anthem.