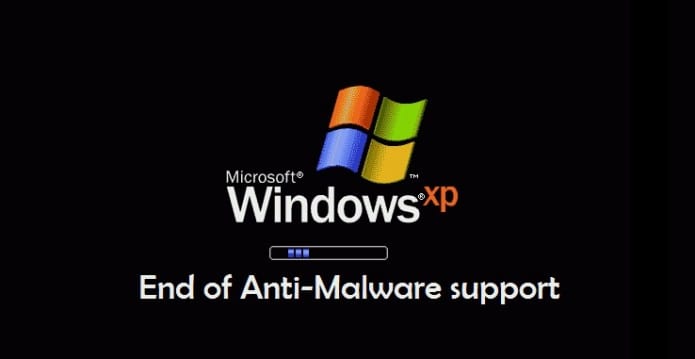 On April 8, 2014, Microsoft had decided to stop supporting Windows XP, which is popular for running businesses and government servers. However, for another year and a half, the company decided to provide anti-malware updates for its security apps running on this particular OS version, in order to help keep Windows XP users moderately safe while they planned their upgrades.

Effective today, Microsoft’s security solutions will no longer get updates on the 14-year-old operating system, as the anti-malware support for Windows XP has come to an end, something that it had been warning users about for months. Those still running Windows Server 2003 will be increasingly vulnerable to hackers.

In other words, it means that newly found security holes won’t be fixed and will remain available for cybercriminals to exploit, encouraging the risk of a security breach. That risk could lead to some businesses being barred from accepting credit card payments. However, the software still works, for now.

While there are many of them still providing support for Windows XP, and the freeware versions of AVG and Avast are two of the best. Microsoft has some assessment and planning tools available online to help those still deciding how to upgrade. It still supports two newer versions of Windows Server, 2008 and 2012.

However, you can still install third-party anti-malware software on Windows XP, but Microsoft gives cautionary advice that computers running this particular OS version are still not protected because of security holes that are no longer patched.

“While the anti-malware updates enable the ability to detect and block certain malware on Windows XP PCs, it is important to note that since the underlying vulnerability in the Windows XP operating system will not be patched with a new security update, a new strain of malware attacking the same vulnerability may not be detected in the future and may be able to infect the PC,” Microsoft says.

According to third-party data, Windows XP still has a market share of approximately 10 percent, in spite of the fact that it has not got a single update in the last 12 months.

Microsoft is hoping to reduce Windows XP’s market share with Windows 10; however, for users who are still running this particular OS version would require hardware upgrades to get a better experience in the new operating system.