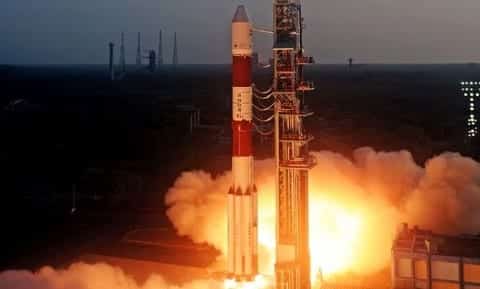 After a successful Moon and Mars missions, ISRO now has Venus in sight

The next planet which Indian Space Research Organisation plans to explore is Venus along with a nearby asteroid.

With Chandrayaan-1 and Mangalyaan, the Indian Space Research Organisation (ISRO) has successfully carried out its mission to Moon and Mars respectively.

With Chandrayaan-2 mission already in the progress, ISRO is now also aiming at sending its probe to Venus and another one to a nearby asteroid.

Since ages, Venus has been bestowed the title of ‘Planet of Love, Wealth and Prosperity’ by the human race and it has derived its name from the Greek goddess of love and beauty.

Venus is the second planet from the Sun and it is one of the hottest planet in our Solar system. The planet appears to be a reddish orange ball when observed through a telescope during night. Situated in the neighborhood of Earth, there are quite a few spectacular similarities between both the planets and thus scientists even call Venus, the twin of Earth.

Though Venus and Earth have spectacular similarities, Venus is not at all habitable. Its atmosphere majorly comprises of carbon dioxide instead of oxygen and the temperature soars to around 460 degree Celsius, making it impossible for mankind to survive on the planet. Volcanic eruptions are quite common on Venus and this results in a thick toxic atmosphere which further helps to trap the heat due to the ‘greenhouse effect’.

Venus is situated nearly 261 million kilometers away from Earth. It is a bit smaller than Earth and spins in an opposite direction when compared to most planets. One day on Venus is equivalent to approximately 224 Earth days. Venus does not have any moons or any rings. This is the only planet where Sun rises in West instead of East.

In all 40 spacecrafts have been sent till date from Earth, to explore Venus, however only Magellan mission which was sent in early 1990s was able to map 98 percent of the Venus’ surface.

Dr A.S. Kiran Kumar, Chairman of ISRO announced that they are looking forward for their next planetary mission and it could either be another visit to the Red planet with the Mangalyaan-2 or a mission to Venus or could be just an asteroid probe.

“Overall capability we have demonstrated that we can go up to Mars with a minimal launcher and the next thing will be to look at the science portion and it can be more science driven.” said Dr Kumar.

He further also added that ISRO plans to chalk out a 10 year old map for all its future missions and planetary explorations which includes even the asteroid probes. He also gave reference of the Chandrayaan-2 mission which is already underway.

He also mentioned that earlier Russia, United States and the European agencies have sent their probes to Venus and now ISRO would be the fourth agency to send their mission to Venus!

On the other hand, along the belt of Mars and Jupiter, there are several asteroids where NASA’s Dawn is currently orbiting. The European Space Agency too has sent its robotic space probe Rosetta. Looks like ISRO might also plan to send out its probe to study the asteroids.

Some might feel that ISRO should not send their mission to Venus, as it would not be able to collect any further information than what NASA currently has. However, as per Dr. Kumar’s statement: “Venus is our neighbor and has many scientific challenges and aspects that need to be studied. Exploring an asteroid is also challenging task,” it is probably pretty clear as to why ISRO too needs to send out its mission to Venus.

Let us just wait and watch the next planetary mission of ISRO, which could probably be named as “Shrukra-yaan” which means, a mission to Venus.