It seems Facebook is testing the ‘Like’ button for chats on PC though not all chats are showing the button as of now.

The ‘Like’ button which forms the soul of Facebook can mean anything from“Alright”, “Yes”, and the much-hated “k.”

The Like button was already available in Android and iOS Facebook Messenger but was missing from PC chat. Instead the users had to use (y) or use a bigger sticker to denote that they are ok/alright with the message posted by their friends and acquaintances.

Facebook’s iOS and Android apps had rolled out the option in messages to reply with a one-tap thumbs-up Like button sticker in 2013 and it has been two years since the same came to PCs. The Like button appears besides the emoji button. 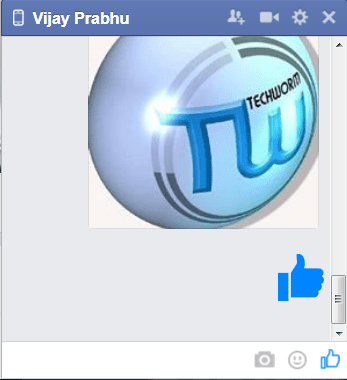 You can check your chats to confirm that Facebook is indeed rolling out the new like button.