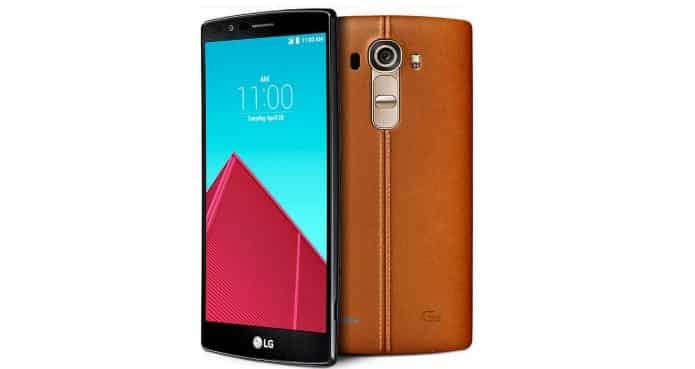 Weibo, a Chinese social networking site has a rumor floating on it, according to which, LG is getting ready to launch a ‘pro’ version of its popular flagship later this year. In other words, LG is looking to come up with a smartphone with major improvements in almost every area.

If the rumors are to go by, it states that the rear-facing camera will be increased from 16MP to 27MP. If this turns out to be true, we could be looking at a very powerful smartphone camera. Maybe it’s looking to add a dual-camera setup, which is believed to be another reason for the large pixel-count.

The LG G4 could not provide competition to Samsung’s Galaxy S6 because of its speed. LG is looking to change that by upgrading to Qualcomm’s latest chip, the Snapdragon 810, as the leaks suggests.

Samsung’s octa-core Exynos 7420 chip was far superior to the six-core Snapdragon 808 in the G4.

So, why did LG chose to opt for the lesser processor for its flagship? According to FORBES, when Tim McDonough, Qualcomm’s VP of marketing was interviewed by them last month, he valiantly explained that it’s because of the ‘design goals’ of the G4’s 2K experience.

The leaks also suggests that LG may increase the display screen size from 5.5-inches to 5.8 inches. This increase will probably make it slightly bigger than Samsung’s Galaxy Note 5, but smaller than Google’s Nexus 6.

Well, all these rumors have to be taken with a pinch of salt. However, if we have a look at the rumors since and just before the G4 launch, there does appear to be a sequence. Last month, Focus Taiwan reported that LG is looking to take up a dual-flagship policy by releasing another top-end handset later this year. The Korea Herald quoted an LG executive who said that later this year, the manufacturer plans to release a product that “stands above the G series”.

In other words, it means that we may end up seeing a promising G4 Pro that could provide direct competition to Samsung’s rumoured upcoming phablet, the Galaxy Note 5, and Apple iPhone 6S Plus. Both these products are anticipated to be released later this year, and it looks like now they have a new competitor for ‘biggest, baddest September-launched phablet’.