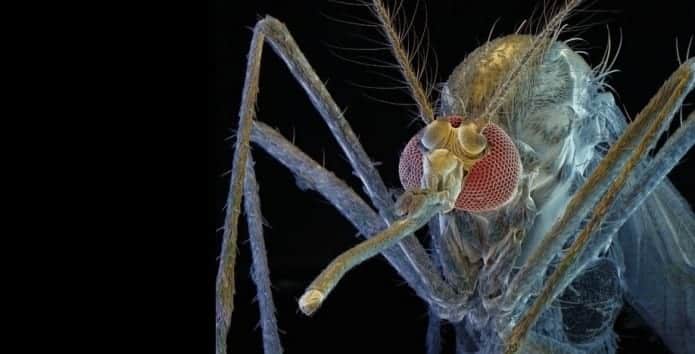 Mosquitoes bite humans by making use of a multi-sensory strategy that involves odours, visual cues and body heat

We all know that mosquitoes are one of the dangerous insects that can cause a high percentage of death among adults and children worldwide. Based on different scientific studies, there are three elements that work together in helping the mosquitoes to find their human victim. While researchers were aware of these three elements, this is the first time they understood how the mosquitoes homing technique works.
A new study by California Institute of Technology has found that mosquitoes track down their human targets by making use of a multi-sensory tactic that involves odours, visual cues and body heat to draw them closer to their victim.

Researchers said that bug repellents and lighting citronella candles may keep the mosquitoes at bay for a moment, but no solution is perfect because the pests have evolved to use a triple threat of visual, olfactory, and thermal cues to home in on their human targets.

When an adult female mosquito needs a blood meal to feed her young, she searches for a host — often a human.

Many insects, mosquitoes included, are attracted by the odour of the carbon dioxide (CO2) gas that humans and other animals naturally exhale. This insect can smell from a distance of 10 to 50 meters. As it moves closer, it can generate a strong visual hint to see their human target from 5 to 15 meters.

This idea was tested by the researchers using a black spot on the floor of a wind tunnel. Once, they visualized the target they will be attracted by the heat of the human body. They also confirmed that mosquitoes can be drawn to heat from within a meter. The thermal and heated glass panel that blended in with its surroundings is one of the reasons.

Dr van Breugel told BBC that “We were able to see how the mosquitoes’ reactions to each of those three stimuli interacted”. He added “This helps ensure that they don’t waste their time investigating false targets like rocks and vegetation.”

Unfortunately, in spite of of all these theories, the sad part is you cannot escape the fact that it’s not easy to avoid mosquito bites.

The work provides researchers with exciting new information about insect behavior and may even help companies design better mosquito traps in the future.

The study has been published in the journal Current Biology.