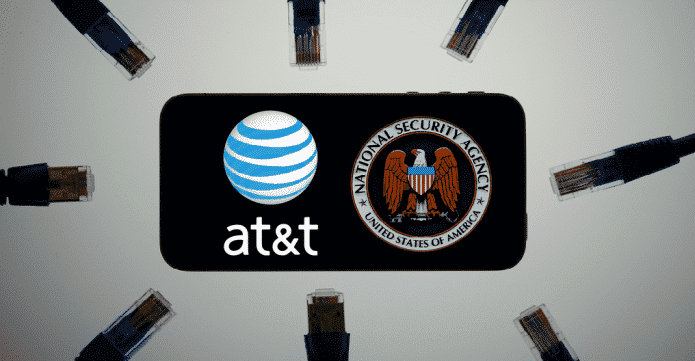 In a surprising disclosure on Saturday, New York Times reported that top Internet services provider in United States, AT&T was providing extensive assistance to the U.S. National Security Agency (NSA) to spy on the Internet browsing of US citizens.

It is well known that NSA has been conducting surveillance on huge volumes of Internet traffic passing through the United States, however this is the first time AT&T has been found collaborating with them.

NYT reports that AT&T provided technical assistance to the NSA in carrying out a secret court order allowing wiretapping of all Internet communications at the headquarters of the United Nations. United Nations is an AT&T customer.

The NYT report is based on the leaks by former NSA contractor and whistleblower and the documents being reported now date from 2003 to 2013.  The leaks by Snowden describe how AT&T collaborated with NSA, enabling the agency to conduct surveillance, under various legal rules, of international and foreign-to-foreign Internet communications that passed through network hubs in the United States.

“This is a partnership, not a contractual relationship,” according to one NSA document describing the link between the agency and the company.

AT&T’s “corporate relationships provide unique accesses to other telecoms and I.S.P.s,” or Internet service providers, according to another NSA document.

The Times reported that AT&T started in 2011 to provide the NSA more than 1.1 billion domestic cellphone calling records daily after “a push to get this flow operational prior to the 10th anniversary of 9/11,” referring to the Sept. 11, 2001, attacks on the United States.