Facebook is the number one target of hackers because of the vast amount of data it has. With nearly a billion+ users and counting, harvesting Facebook users data may be a dream of every cyber criminal worth his salt.

Reza Moaiandin, technical director of Leeds-based company Salt.agency discovered a way to harvest Facebook users data using just their telephone number. Writing on the company blog, he says he discovered the flaw by mistake. He used a simple method to harvest data using a little-known search feature which allows you to search for any Facebook user using only their phone number. Moaiandin says,

“A few months ago, I discovered a security loophole in Facebook that allows hackers to decrypt and sniff out Facebook user IDs using one of Facebook’s APIs in bulk – therefore allowing them to gather millions of users’ personal data (name, telephone number, location, images, and more). This post is an attempt to catch Facebook’s attention to get this issue fixed.”

Once he chanced upon the vulnerability in Facebook, he wrote an an algorithm that generated thousands of numbers automatically. Once he had generated these phone numbers, he sent these number through Facebook’s application programming interface (API). Once he had done that, Moaindin says that user profiles and personal data soon began pouring in.

All of the data is publicly available, but as there is no limit to the number of searches an individual user can make, the loophole could be used to extract information about “millions” of users, according Moaiandin

“By using a script, an entire country’s (I tested with the US, the UK and Canada) possible number combinations can be run through these URLs, and if a number is associated with a Facebook account, it can then be associated with a name and further details” 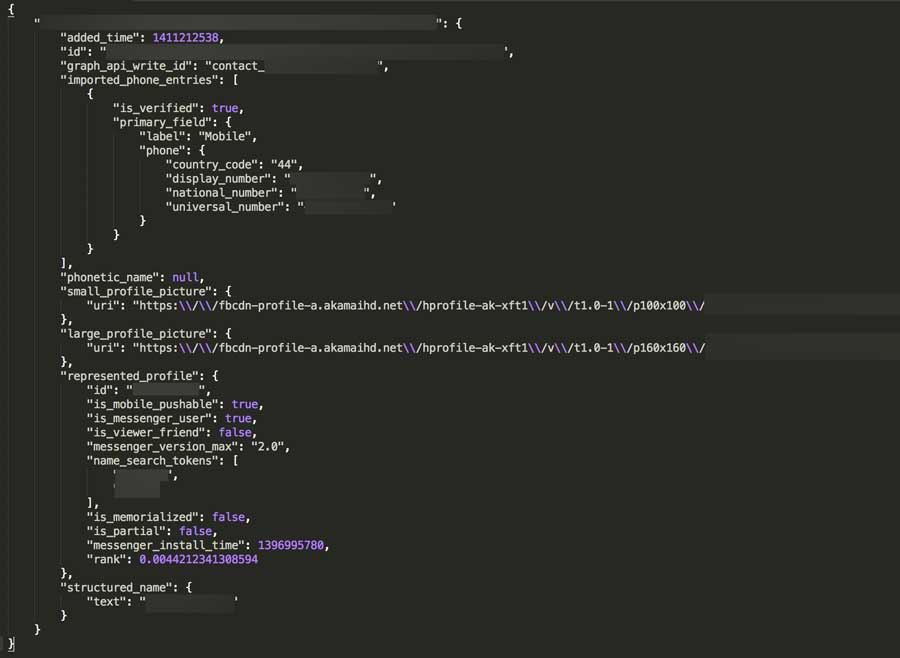 Moaiandin says that as soon as he discovered this vulnerability in the Facebook API, he alerted Facebook about the security flaw, however Facebook said that this was not a vulnerability.

The Facebook spokesperson told him “We do not consider it a security vulnerability, but we do have controls in place to monitor and mitigate abuse.”

The “Who can search for me?” setting is set to public by default, meaning that even if your mobile number is withheld on the site, it can still be used to find you using this loophole.

We are reaching out to Facebook for comments on why this is not considered a vulnerability. If a limit is not placed on the implement rate, it could lead to data harvesting of thousands of Facebook users by cyber criminals.