When we take photographs through glass windows, we find that it has our faint reflection due to the window glass which turns the whole image sour. But not any more, Google and MIT researchers have found out a way which lets us take clear photos through reflections. What’s more, the technology demonstrated by them allows us to separate the photo as well as the reflection as distinct photographs. 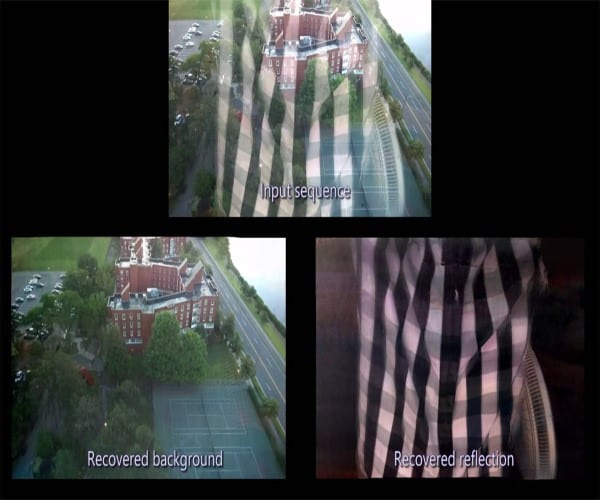 A team of Google and MIT researchers have developed an algorithm that eliminates unwanted visuals by using frames from a short video to separate the foreground from the background. Unlike an earlier MIT-only technique, this works with nearly any kind of obstruction. The technology is so designed that it can remove rain drops and chain link fences or other obstructions you dont need in your photograph.

In a paper they will present at Siggraph 2015 later this month, the team of researchers which includes Tianfan Xue, Michael Rubinstein, Ce Liu and William T. Freeman demonstrate how to take video sequence with a smartphone and then let their algorithms (PDF) do their magic.

This technology will open up new doors for photography both for the users and for the law enforcement agencies.  There is no word when this technology will be commercialised and shipped to the smartphone buyers, but when it comes, it will be huge.

Check out the video below to know what we are talking about :