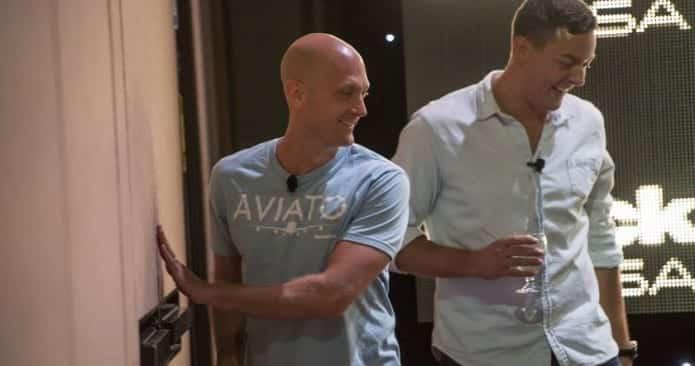 Private ride service Uber has just hired a couple of security researchers who had exposed susceptibilities of the Cherokee Jeep last month by gaining control of the car’s steering, brakes and engine.

Chris Valasek, Director of Vehicle-Security Research at IOActive, and Charlie Miller, who worked earlier at Twitter Inc., will join Uber’s Advanced Technologies Center, the San Francisco-based car-booking company said in a statement Friday. The duo would be working with Joe Sullivian & John Flynn, the Chief Security Officer and the Chief Information Security Officer at Uber. Together, they will work toward “building out a world-class safety and security program at Uber.”

The demonstration by these hackers prompted Fiat Chrysler to recall 1.4 million vehicles out of concern for their security. Uber has been on the cutting edge of ride sharing technology for the past few years with technological investments into safety, mapping and autonomous vehicles. Miller tweeted that he was going to be joining Uber from Tuesday.

Speaking to New York Times last month, Miller said “I’ve been in security for more than 10 years, and I’ve worked on computers and phones. This time, I wanted to do something that my grandmother would understand. If I tell her, ‘I can hack into your car,’ she understands what that means.”

He also said he would want to keep the cars safe, as he too drives them. He gained access to the electronics of the Fiat Chrysler because of a susceptibility in a hardware chip.

Previously in the past too, Miller and Valasek have brought car hacking into focus by showing how cars could be controlled remotely through the internet and how their location could be tracked. They were also able to control the car’s brakes, wipers, blinkers, radios, navigation, and even steering as well as track their speed.

Earlier this year, Uber set up a research and development lab in Pittsburgh with Carnegie Mellon University to work on self-driving automobiles and identifying defects in systems and security problems. According to them, their autonomous car technology is currently in early stages of development and that there is a lot of scope for research. More than forty scientists and researchers on Tuesday from Carnegie Mellon were employed by Uber for this. Travis Kalanick, Uber’s Chief Executive Officer, has said that Uber’s fleet will be self-driving one day.

Uber has made a bold move by bringing together people who have originally hacked into the internal computer of a car. The hires may prove to be a good decision, as this could help the company make the car technology more secure by those who have the greatest awareness of security flaws that could be easily pointed out.