Hactivist group Anonymous targeted Saudi websites and brough them down in response to the death sentence to a 17 year old boy Mohammed al-Nimr.

Hacktivist group Anonymous has called out Saudi Arabia for its horrific human rights record by attacking the Gulf kingdom’s government websites. The attack is in response to the upholding of a death sentence handed down to 17-year-old Mohammed al-Nimr.

Earlier in September, Nimr’s final appeal to the Saudi courts was dismissed, and his sentence of death by crucifixion for alleged anti-government activities in 2012 can now be carried out at any moment.

“Ali Mohammed al-Nimr, an innocent young teenage boy has been sentenced to death in Saudi Arabia and we will not stand by and watch,” Anonymous said in a statement directed at Saudi Arabia. “Naturally, the sentence was appealed but the appeal hearing was held in secret and apparently dismissed.”

Here is their upload on YouTube as a warning to Saudi Government.

Some of the websites that appear to have been knocked offline included those of the Ministry of Justice (www.saudinf.com), the Ministry of Civil Service (www.mcs.gov.sa), the General Administration of Education (tabukedu.gov.sa), PSATRI, Saudi Arabia’s technological center for its military and security sectors (psatri.ksu.edu.sa); and even Saudi Airlines (saudiairlines.com). Currently, most of the sites are back up except for the Ministry of Justice’s.

A full list of targeted websites has been published on Paste bin.
The hacktivist group called for Nimr’s release, adding that he had been denied a lawyer and subjected to torture. “Campaigners also claim he was forced to sign a confession, which has formed the basis of the case against him … Now, with all legal avenues exhausted, Ali could be crucified at any moment.”

Anonymous announced that it began #OpNimr by attacking government websites and taking them offline. “We hope you listen to us this time and release the young man. You will be treated as a virus and we are the cure.”

“Hundreds of innocent people die each year because of the Saudi Arabian government and they will now be punished for their actions,” the group’s statement said.

The hacktivists also criticized the UK for not standing up for Nimr and not doing more to pressure Riyadh. They also attacked the UN for delegating Saudi Arabia a key “human rights role” despite the country’s questionable record.

Anonymous spoke directly to King Salman and the Saudi Arabian government in one of their video messages.

“13 Judges have already approved the death sentence of Ali Mohammed al-Nimr meaning only King Salman bin Abdulaziz Al Saud has to approve it. We cannot and will not allow this to happen. The ministry of justice was taken offline a few days ago and we will continue to do this to other government websites.”

Nimr was arrested in 2012, reportedly after participating in a protest. He was found guilty of joining a criminal group and attacking police officers. Other charges against him included using a BlackBerry device to encourage others to come out and join the protest.

The UN has called the trial “short of international standards” and asked Saudi Arabia to halt the execution. Human rights groups including Amnesty International have alleged that Nirm was tortured and forced to confess to some of the charges.

The sentence of crucifixion likely means that Nimr is set to be beheaded before his body is displayed on a cross in a public place.

Reports indicate that Nimr did attend a demonstration, but was not an activist. Other sources have said that the sentence of crucifixion is likely political “revenge” because Nimr is a nephew of Shia cleric and activist Sheikh Nimr Baqr al-Nimr, who is also facing execution.

The cleric has been sentenced to death on charges of terrorism for “waging war on God” because he gave a speech at anti-government protests in Qatif, Amnesty International reported.

This video was posted by Anonymous just after they carried out the task.

Here is a glimpse of havoc created by Anonymous. 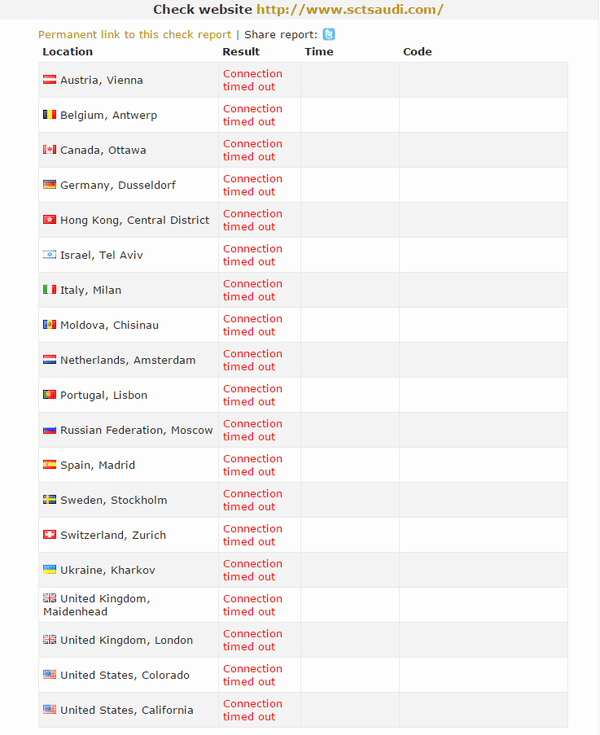