Looks like the social networking giant, Facebook is trying yet another way to track you. This time it is through your camera.

According to a new “image fingerprinting” patent application filed by the company in January (that’s Patent Publication US 20150124107) with the US Patents and Trademarks Office, Facebook seeks to associate “cameras with users and objects in a social networking system.” The patent application says the technology would analyse images uploaded by Facebook users “to determine signatures of cameras used to capture the images.” 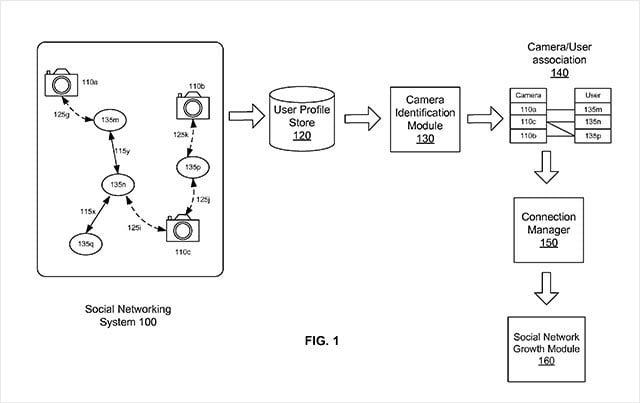 Each individual camera (be it on a phone or a standalone camera) will be recognized by its ‘fingerprint’ that will be present on every image taken by that camera and can even differentiate it from other cameras of the same make and model.

Combined with other pieces of information such as location data and facial recognition, which is used in the US but not in Europe, it could identify photos taken by a user if they are uploaded to someone else’s account.

The patent says: ‘A camera signature comprises features extracted from images that characterize the camera used for capturing the image, for example, faulty pixel positions in the camera and metadata available in files storing the images.”

Facebook will then connect the camera to specific users “based on actions relating users with the cameras, for example, users uploading images, users being tagged in images captured with a camera, and the like.”

It will also use this information to find out connection between different users. For example, if an image shot from your phone is posted by someone else on to the social networking site, Facebook would know that there is a connection between you and the other person.

Facebook says the technology could be used to suggest new friends and events, but also be used to track down multiple accounts owned by a single user, or fraudulent accounts. It could also probably stop people from hiding behind false identities and ‘catfishing’ other users, for example and settle copyright disputes.

While this is still only a patent application, we will have to just wait and wonder until Facebook decides exactly what it wants to do with the technology.