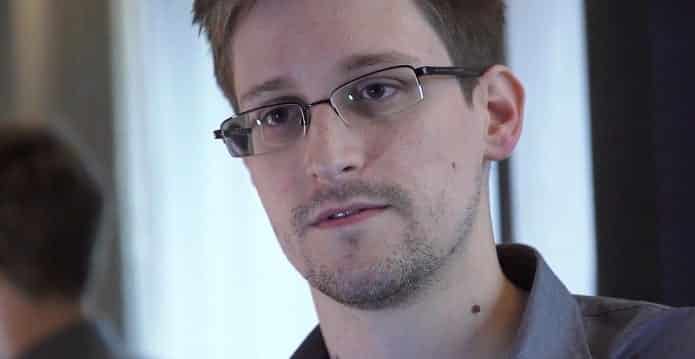 Fugitive U.S. intelligence contractor Edward Snowden on Monday claimed that British spies are are tapping into our telephones and can even switch them on and off remotely as a way of keeping track of our every move. They can hack into phones remotely with a simple text message and make audio recordings or take photos without the knowledge of the owners.

In an interview with the BBC’s “Panorama” program, the whistle-blower said “They want to own your phone instead of you,” referring to Britain’s Government Communications Headquarters (GCHQ) agency.

Snowden claimed that GCHQ in Cheltenham used a secret programme called “Smurf Suite,” after the blue cartoon characters, The Smurfs to monitor citizens.

“Nosey Smurf” is the ‘hot mic’ tool, which enables spies to turn the microphone on and listen to everything that’s going on around you.

“Even if your phone is switched off, because they’ve got the other tools for turning it on.”

Other programs used by GCHQ were nicknamed “Tracker Smurf” and “Dreamy Smurf.” He said: “Dreamy Smurf is the power management tool which means turning your phone on and off without you knowing.”

“When it arrives at your phone it’s hidden from you. It doesn’t display. You paid for it but whoever controls the software owns the phone,” he added.

In spite of releasing even more alleged secrets about the spies’ work, the whistleblower insisted he was not a traitor – and said that he will die ‘happy’ after what he has done.

Speaking to Peter Taylor on tonight’s Panorama, the whistleblower said: ‘If I was a traitor, who did I betray? I gave all of my information to American journalists and free society generally.

‘The question is, how did these programmes come to be and how do we stop them from occurring again in the future?’

Snowden made headlines in June 2013 for spying and stealing of government property after leaking documents to the media about digital espionage. He has been charged by the U.S. and has been living in exile in Russia since June 2013. He has worked as an analyst for the National Security Agency in the U.S, the equivalent to GCHQ.

The agency collects raw electronic data from around the world that is fed to U.S spies and their Western partners.

Snowden had access to everything including documents from the British government
with a special level of clearance. He stole an estimated 1.7m classified documents and handed around 200,000 to journalists.

In a statement regarding the allegations of spying on smartphones, a GCHQ spokesman said: “It is longstanding policy that we do not comment on intelligence matters.

“Furthermore, all of GCHQ’s work is carried out in accordance with a strict legal and policy framework, which ensures that our activities are authorised, necessary and proportionate, and that there is rigorous oversight, including from the Secretary of State, the Interception and Intelligence Services Commissioners and the Parliamentary Intelligence and Security Committee.

“All our operational processes rigorously support this position. In addition, the UK’s interception regime is entirely compatible with the European Convention on Human Rights.”

The British government is planning to make laws that would give more powers to intelligence agencies to keep a check on the online activities to investigate crime.