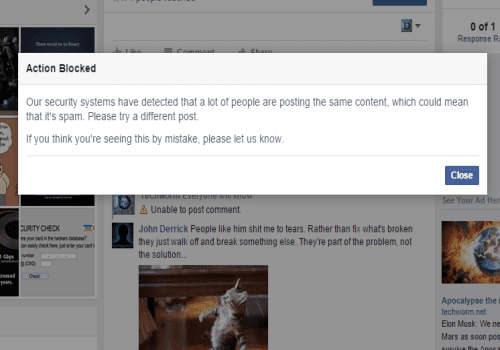 Another message triggered is that the action of typing ‘Everyone will know’ in Facebook comments is deemed as abusive or otherwise disallowed. 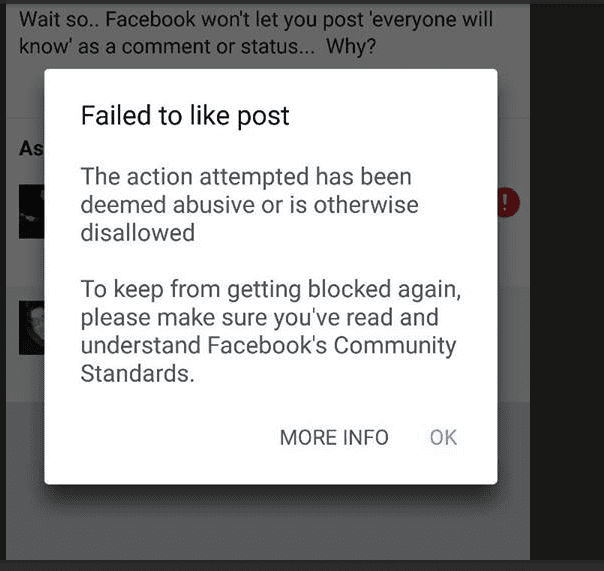 It seems to be blocked even in chats. Typing ‘Everyone will know’ in FB messenger also triggers the same action block message.

It is not known how innocent looking ‘Everyone will know’ can count as either abusive or against any community guidelines. But it seems to be a part of certain words and sentences that are banned from used on Facebook.

However nobody knows whether such a super list of banned words actually exists and besides ‘Everyone will know’ what other words form the part of such a list.

Tech forums are filled with queries from Facebook users as to why Everyone will know is blocked and the purpose behind such a block. At the time of writing, no one seems to have a proper answer for this question.

#Update : The ban on Everyone will know phrase has been lifted and you can now post it freely. In conversation with The Huffington Post, Melanie Ensign of Facebook security communications stated, “This was a mistake with our spam filter and our engineers have resolved the issue. We’re constantly updating the rules used by our spam-fighting engine and this particular phrase erroneously got caught in the mix.”