xCraft, a Drone manufacturer company together with a TV show “Shark Tank,” will help your smartphone take aerial flight

xCraft which has already gained huge success with its first product, the X PlusOne; a high speed VTOL drone which achieved almost 300% of its Kickstarter goal. The company has now bagged a $1.5 M deal with TV show “Shark Tank,” to bring the idea of PhoneDrone to reality. 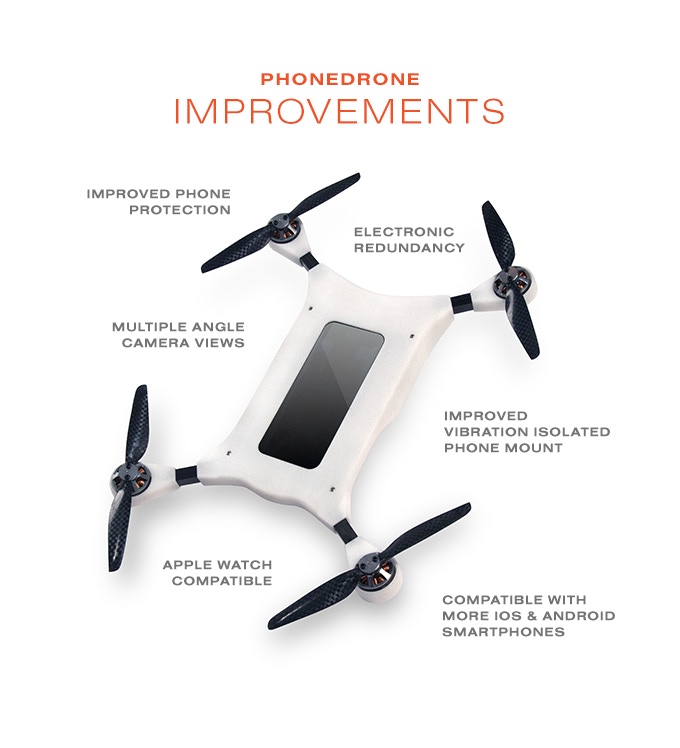 The drone is not powered by your phone but only uses your smartphone for taking aerial photo or video shots. To help it fly, the drone is attached with 4 powerful propellers that can help it reach speeds of up to 35 miles per hour. The battery can be charged via a USB and gives a flight time of around 15-20 minutes per charge.

While PhoneDrone Ethos may not be the best idea if you are worried about your smartphone it does gives you a cheaper alternative to all those camera fitted aerial drones that costs at least around $400.