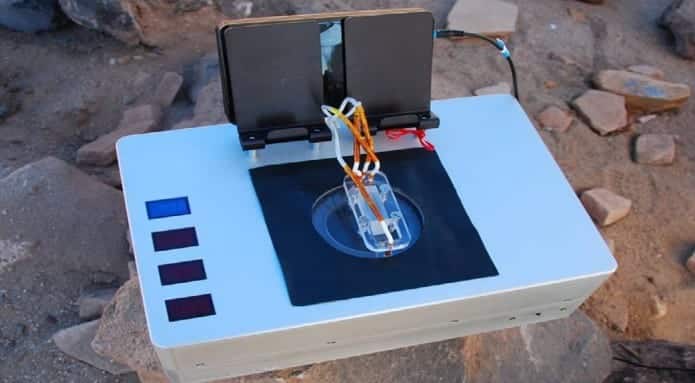 Researchers at NASA’s Propulsion Laboratory (JPL) in Pasadena, California have developed what it calls a “chemical laptop”, which can be used to find signs of life outside Earth. This will be the first battery-powered portable, miniaturized laboratory built to detect both amino and fatty acids on other worlds as well as analyze these samples for materials associated with life.

NASA postdoctoral fellow Jessica Creamer says, “If this instrument was to be sent to space, it would be the most sensitive device of its kind to leave Earth”.

The chemical laptop is roughly the size of a regular laptop, but much thicker to make room for chemical analysis components. But unlike a tricorder, it has to ingest a sample to analyse it, Nasa said. 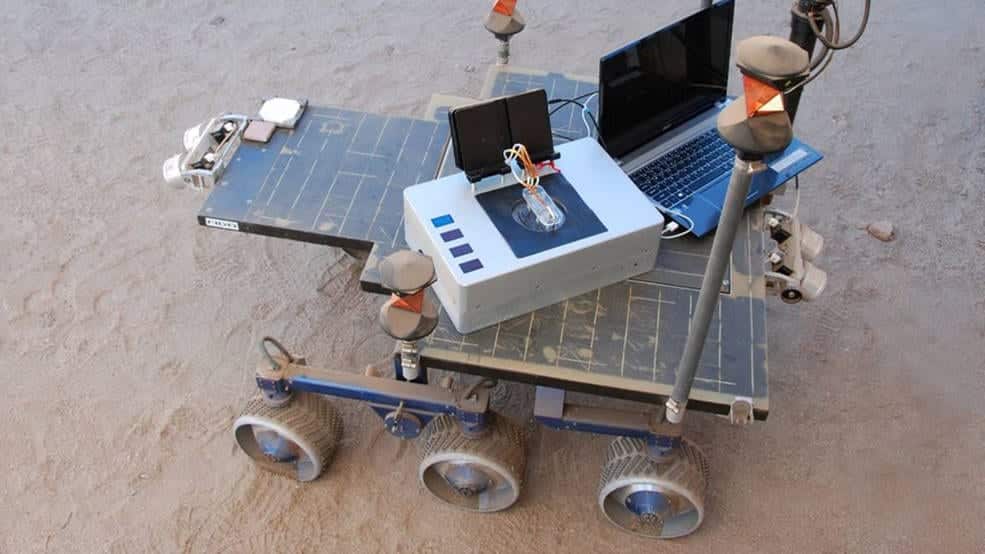 “Our device is a chemical analyser that can be reprogrammed like a laptop to perform different functions,” said Fernanda Mora, one of the JPL technologists involved in developing the instrument. “As on a regular laptop, we have different apps for different analyses.”

The chemical laptop can attach itself to either amino or fatty acids, as it applies a fluorescent dye to its samples. Amino acids are building blocks of proteins, while fatty acids are key components of cell membranes. Both of these acids can be found in living as well as non-living sources. Amino acids which comes in two types, left-handed and right-handed are mirror images of each other but contain the same components.

Some scientists hypothesise that life on Earth evolved to use just left-handed amino acids because that standard was adopted early in life’s history. It is likely that life on other worlds might use the right-handed kind. “If a test found a 50-50 mixture of lefthanded and right-handed amino acids, we could conclude that the sample was probably not of biological origin,” Creamer said. “But if we were to find an excess of either left or right, that would be the best evidence so far that life exists on other planets,” she said.

However, the device’s final trick is to tell the difference by studying carbon chain lengths. After the amino acids and fatty acids are separated by a microchip, a laser is then used to identify the contents inside the sample.

The NASA team has since then been working to increase the sensitivity and accuracy of the unit, which could likely be used for environmental projects on Earth as well as on other planets. “This was the first time we showed the instrument works outside of the laboratory setting,” says Mora. “This is the first step toward demonstrating a totally portable and automated instrument that can operate in the field.”