Its official, Microsoft is secretly installing Windows 10 on Windows 7/8.1 PCs

Many Windows 7 and Windows 8.1 users had reported over last week that Microsoft was trying to install Windows 10 on their computers without any permission. Now the company has admitted that it is in fact doing that.

According to Forbes, many users were being prompted to restart their systems after downloading what seemed to be standard security updates. On restart however, the users found that the Windows 10 installation was under way. Some users checked the update history status and found that Windows 10 had tried but failed to install itself without permission over and over again.

One Forbes reader (who wishes to remain anonymous) who found his computer attempted to install Windows 10 on 31 separate occasions. A screengrab showing some of these attempts can be seen below. 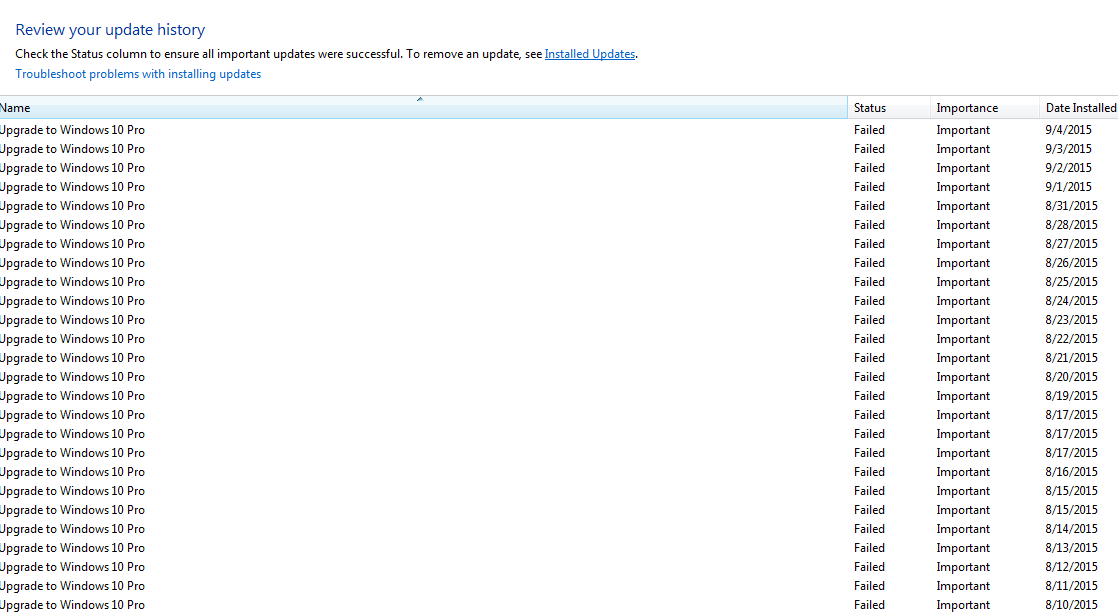 The reason given by Microsoft for all this problems is a bug. According to Microsoft the fault lies with a bug in an automatic update it began rolling out to Windows 7 and Windows 8 users in August which triggered the attempted installations. Microsoft didn’t disclose which specific update it was, but confirmed it left the error code ‘0×80240020’ (sometimes recorded as ‘080240020’) in Windows log files when upgrade attempts failed.

As the upgrade attempts all happened silently in the background, those affected would only know Windows 10 would attempt to update once they restarted their computer. For those computers where the update began but failed in the background (apparently a high proportion) they’d be none the wiser without checking their installation history between August and November.