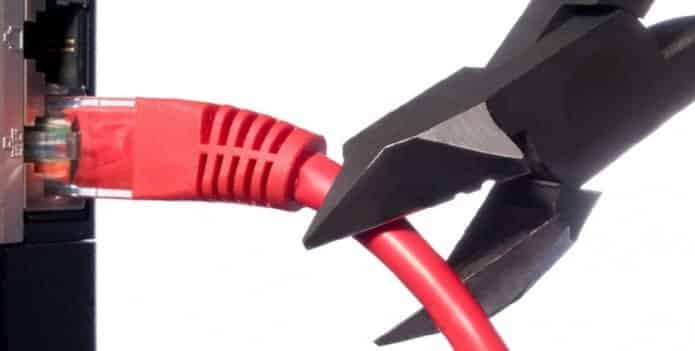 It is well known that the US Presidential candidate, Donald Trump makes controversial statements but this one takes that cake. Trump want the US authorities to consider “closing the Internet up in some way” to fight Islamic State terrorists in cyberspace.

Trump made this controversial statement only hours after another ‘trumpian gem’ suggesting United States should ban Muslims from entering United States. Trump mocked anyone who would object that his plan might violate the freedom of speech, saying “these are foolish people, we have a lot of foolish people.”

He seems to have faith in Microsoft CEO, Bill Gates in his mission of closing the Internet. “We have to go see Bill Gates,” Trump said, to better understand the Internet and then possibly “close it up.”

Asked for a reason behind his radical views on Internet, Trump said “We’re losing a lot of people because of the Internet.”

ISIS and Internet have been the top debated subject in the current Presidential race. Earlier Democratic candidate, Hillary Clinton urged tech companies to “deny online space” to terrorists. Clinton then anticipated and waved away presumed First Amendment criticisms. “We’re going to hear all the usual complaints,” she said on Monday, “you know, freedom of speech, et cetera. But if we truly are in a war against terrorism and we are truly looking for ways to shut off their funding, shut off the flow of foreign fighters, then we’ve got to shut off their means of communicating. It’s more complicated with some of what they do on encrypted apps, and I’m well aware of that, and that requires even more thinking about how to do it.”

The free use of Internet by the elements sympathetic to ISIS has worried the Obama administration also. In a speech on Sunday night, President Obama said he would “urge high-tech and law enforcement leaders to make it harder to use technology to escape from justice.” However, Obama’s comments were seen making a case for banning strong encryption.

Here’s Trump’s complete statement on his proposal to crack down on the Internet due to ISIS:

And we have our anchors—I think I’ve got ’em mostly stopped, have you noticed that, they don’t say it as much—but they say, the ‘young mastermind’, oh he’s brilliant. I don’t think he’s got a high IQ. In Paris, I called him the guy with the dirty, filthy hat. ‘K? Not a smart guy, a dummy. A mastermind? Bing bing bing, starts shooting everybody.

The press has to be responsible; they’re not being responsible. We’re losing a lot of people because of the Internet. We have to see Bill Gates and a lot of different people who really understand what’s happening and maybe, in some ways, closing that Internet up in some ways.

‘Where were you?’ ‘I was fighting for ISIS.’ ‘Oh, come on back. Go home, enjoy yourself.’ When they leave our country and they go to fight or go to ISIS, they never can come back.

Trump has been known for this kind of ‘trumpian gems’ in his effort to polarize the US voters ahead of the Presidential elections next year. Here are 25 ‘trumpian gems, that Trump has said since he announced his candidature for the US President 2016. He has found supporters with his views and since early July 2015, he has consistently been the front-runner in public opinion polls for the Republican Party nomination.