Remember our report in October 2015, in which a web developer, Evan Cohen built a Raspberry Pi powered magic smart mirror. Well, another developer, Dylan Pierce has not only built a similar magic smart mirror, he has come out with a complete do it yourself tutorial so that you can also build a magic mirror.

As with Cohen, Dylan also took inspiration from Michael Teeuw’s “Magic Mirror” concept and made his own successful voice command based ‘magic mirror.’ 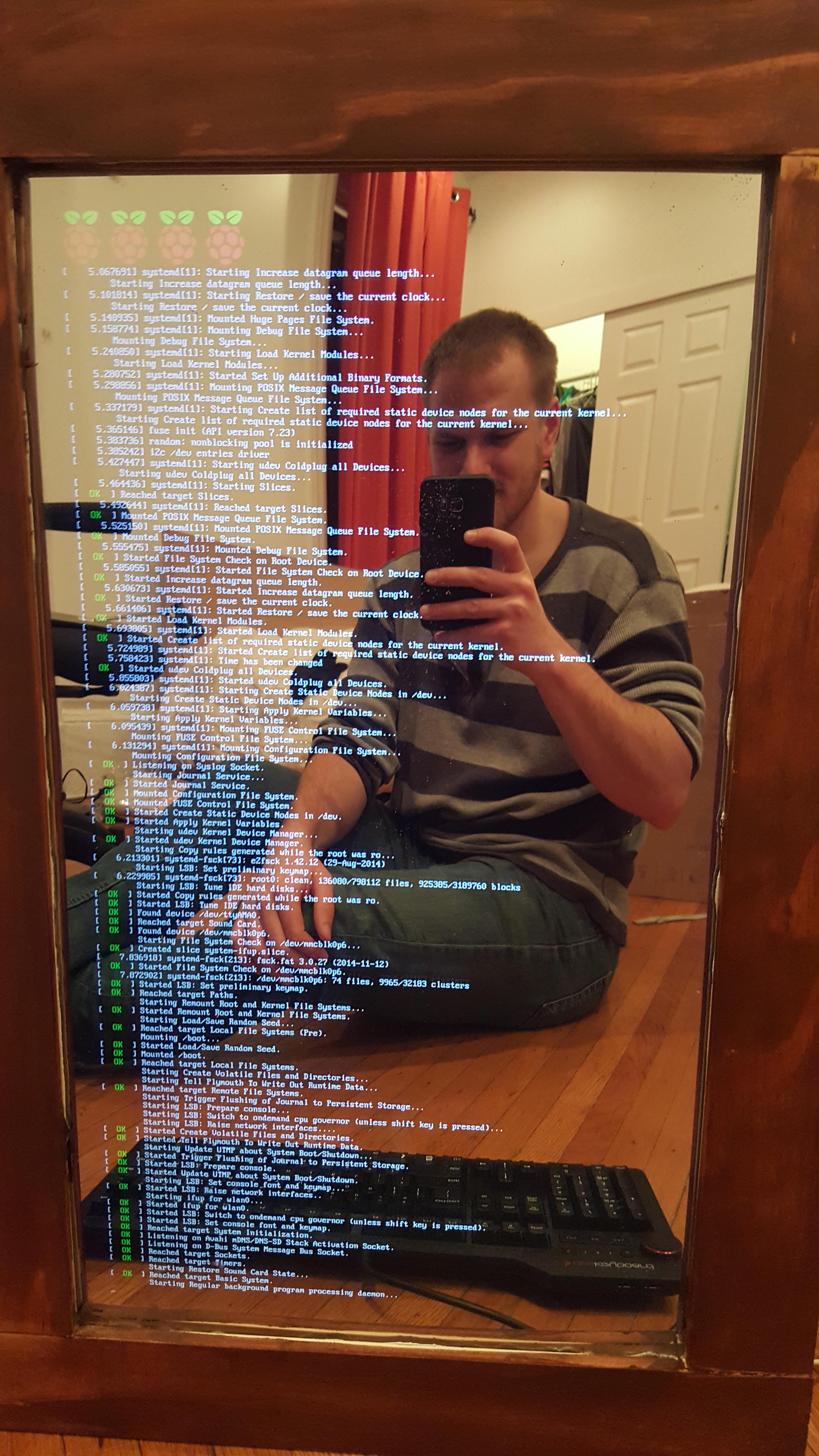 In order to build your own magic mirror you will need the following :

Dylan has posted the complete mirrormirror code to run the magic mirror on Github here. According to Dylan, the total cost of building your own magic mirror can come to $390 + $20 for the coffee. Here is a complete breakup of the costs involved.

All the costs are in East Coast US dollars.

If you are interested, you can access the complete tutorial for building your own magic mirror on Dylan’s blog here. The tutorial has details on installing Chromium, adding Wi-Fi network,  installing web server and the mirrormirror code onto the magic mirror. 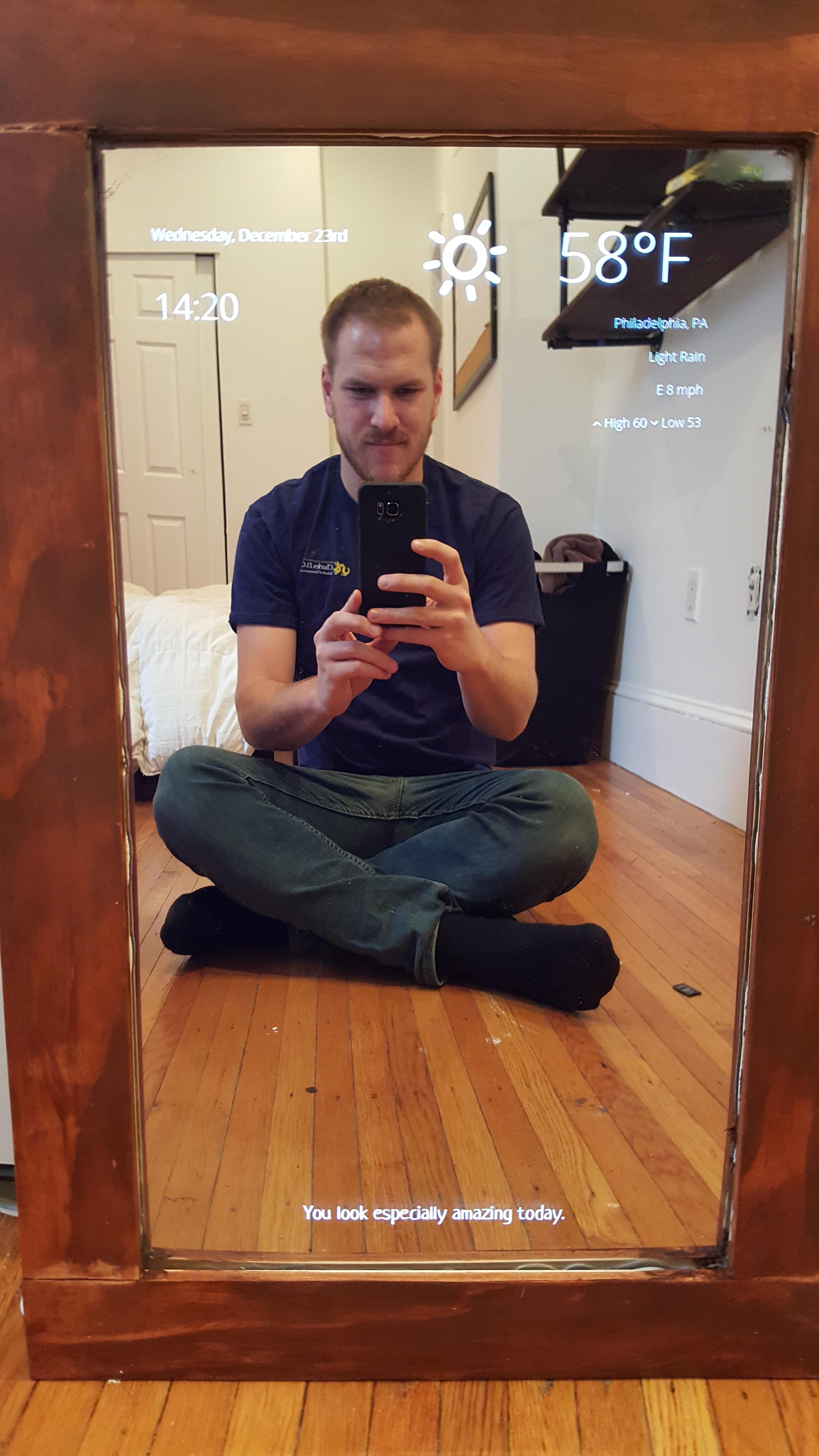 Current Features of the magic mirror.

If you are a coder/developer, you can help Dylan to improve upon the mirrormirror code to include the following :